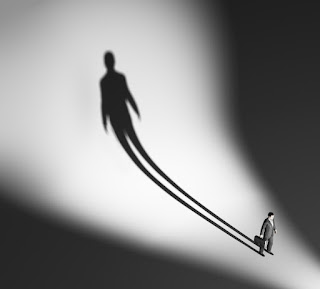 I wanted to be famous; I wanted Broadway one way or another.

Near the end of the academic year when I was in grade six at Ridgeview Elementary School, our principal requested that students produce a school newspaper. Volunteers were invited to meet in Mrs. McLeod’s room after school. I was the first in the room.

Mrs. McLeod explained that the publication of the newsletter, to be called the Ridgeview Satellite, would coincide with the Ridgeview’s first Open House that would begin at 5:00 pm and culminate in a special parent/student/teacher assembly and end-of-year ceremony in the gymnasium at 7:00 pm.

I felt born to the challenge. My father was the finance editor at the Vancouver Sun and I loved to write. Two articles I wrote and a cartoon I drew were accepted for publication and I volunteered to be part of the team that worked after school to print it on the school’s Gestetner machine. We collated it by hand and when we were finished, I went home elated.

But I felt something was lacking. It needed a cover. It was more a magazine than a newspaper and it needed some graphic pizazz. Dad left for home at 5:00 am to be at work when the Dow Jones opened and mother was in hospital recovering from a stroke so I stayed home for two days to make the covers.

My dad had been storing cardboard sheets in our basement for years. I cut them by hand into 11” by 14” sheets and carved a satellite design into a couple of potatoes. I used Dad’s red and green stamp pads to ink the potatoes and stamp a design for each cover.

I took the covers to Mrs. McLeod and although I don’t remember how they were received, they were used and my opinion anyway, they vastly improved the look of the paper.

All of us who worked on the newspaper were expected to be in Mrs. McLeod’s room very early on the morning of Ridgeview Elementary School’s first annual Open House. We were each given a stack of newspapers and a distribution station on the school grounds to hand a Ridgeview Satellite to every student and teacher as they arrived to school that morning. It was the proudest moment of my life to date.

All Ridgeview students spent the day of the Open House in our classrooms finalizing the displays. Every bulletin board, black board and all the hallways were decorated with student work; every student had written, drawn or built something for our very special day. Some kids were going to perform in the assembly; all my efforts had been directed to the newspaper.

At ten o’clock, Mr. Dickson congratulated all of us for our efforts over the public address system. I wrote down all his compliments about the Ridgeview Satellite in my diary. At the end of the announcements, he asked Kirk Johnston and me to come to the office.

Kirk was another student who’d been involved with the development of the newspaper. He was tall and had strawberry blonde hair. He was popular at school and in the West Vancouver Boy’s and Girl’s Band where he played saxophone and I played trumpet. In both contexts, I felt I invisible next to the gleaming lighthouse of Kirk’s self-confidence — confidence that I felt exceeded its merits.

Mr. Dickson explained that he felt that one of us should be the representative of the newspaper at the evening assembly and make a small speech. He asked both of us if we were interested and Kirk immediately volunteered himself.

“What do you think of that idea, Chris?”

Hurting over my acquiescence on my way home after school, I lost all my pride and enthusiasm for the day. And what was worse, I knew that for the rest of my life my crippling shyness would prevent me from competing with the Kirks of the world. In my diary I wrote; “I have seen my future. It is second place.” It was 1958.

In 1981 I devised a scenario for a play. I invited two star actors, Tom and Nicky, to perform in it; I produced and stage-managed it. When it came time to publicize it, Tom, said, “Wouldn’t it be smart to sell the show as written and performed my be and Nicky?” And I said, “Okay.”

It got a rave review in the renowned New York entertainment newspaper, Variety — that’s as close as I got to Broadway. I have kept that review and it means a great deal to me. My name, of course, is nowhere in it.

In 2105 at age 67, another star actor, Warren, was hired to be in an autobiographical play I wrote. He thought the play should become a movie. So, under his tutelage, I wrote a screenplay and he sold it to Brad, a producer, who proposed that I be billed as its writer and Warren as an executive producer.

"I don't wanna be an executive producer," Warren said.

"What do you want to be?" Brad asked him.

“What do you think of that, Chris?”

Warren’s last name begins with “K;” mine, with an “L” — second place again. But I like life in fame’s shade, far from Broadway.
Posted by Chris Tyrell Loranger at 10:35 AM