Downton et Into The Woods 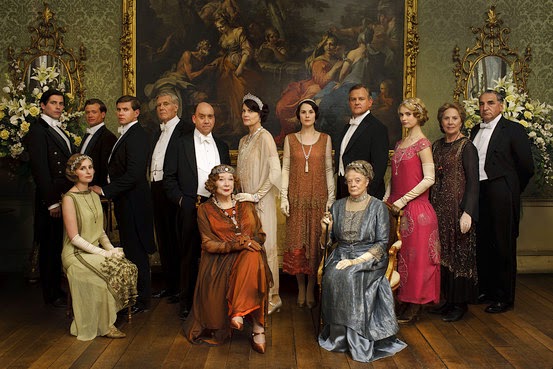 Downton! Only one word: DIVINE. No, another word: DELICIOUS. All those plot balls in the air, spinning, sparkling - how does Julian Fellowes do it? One after another, launched aloft. Enchanting. Costumes, set, script, acting - all as good as can be.

That's my friend, Beth, speaking, and it is how I expected to feel. Instead, after less than five minutes, I turned it off and cancelled recording it. Even the music made me feel queasy. And I realized: I am so over Downton Abbey. With each sentence, I felt worse. I am sick of it. Sick of all the twists and the characters. It is time to move on. And the culprit is the seasonal structure of broadcasters that leaves too long a break between seasons. I just lost interest. I prefer the unfamiliar.

So, I watched Galavant, a tongue-in-cheek musical that I thought would be a total waste of time. But I got hooked on its silliness—the perfect antidote to all the stuffed shirts of Downton. 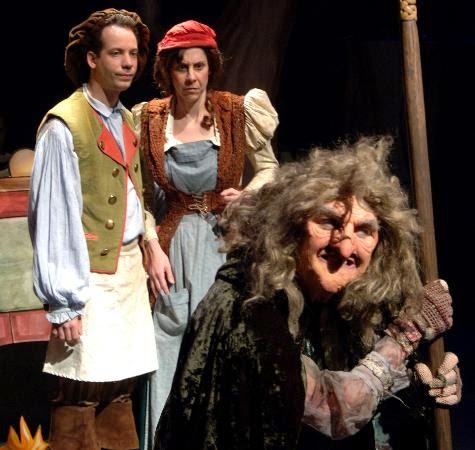 All my passion got used up in Into the Woods. I bought the soundtrack (from Broadway, not the movie) and listening to it has allowed me further into its cleverness. Deprived of visuals, I listen better.

First of all (on the soundtrack), Into the Woods opens with a narrator speaking. He says: "Once upon a time, in a far off kingdom…" That's eight words. And then the very first words in this musical are sung:  "I wish."  (They are also the very last two words sung in the show.)

Ten words and I wasn't just hooked, I was landed. First, because I love the device of having a narrator. Narrators are guides that make the journey easy for us and they make exposition comfortable. And second: Wishing is a fetish of mine.

I wrote this on my blog a couple of years ago. It is a favourite theme:

Wishing is done by people who have desire but who won't work to get what they want. People who wish are the opposite of me. I have never bought a lottery ticket and I never will. Wishing and dreaming stops you from doing.

Sondheim's choice to make wishing a central theme is the reason I was so quickly and easily seduced. He uses his wishers and shows us how they are changed by the knowledge that comes from their experience in the woods.

Into the Woods has become my all time favourite musical. Good-bye Sweeny Todd.

In the movie I missed the magnificence of many of the delights in the sequence that begins with the song, "Our Little World." It is a poignant and moving look inside a parent's heart as she faces "letting go" of her child (written by a man who has no children). It's brilliance comes from Sondheim's genius decision to make the Wicked Witch (of Sleeping Beauty fame) the mother of Rapunzel. The mother (a Witch!) sings: "If what was growing was only her hair and not her—that I'd prefer."

It's poignant and yet Sondheim keeps it light with lines like "if she just wouldn't drool" and the delightful section about hair sung as the witch climbs Rapunzel's braid. And then the song segues into Red Riding hood singing about leaving home, the trail and losing her innocence.  Red sings: "Nice is different than good." And then, to close the act, Sondheim returns to the Witch and her daughter in the song "Stay With Me." Perfection! I need Kleenex.

There is so much that is insanely clever. This is a man at the top of his form, and so I completely dismiss those who are critical of the show's second act. There is so much right in this show, I find  it immoral and repugnant to voice any criticism—I know, I know this is anti-intellectual thinking, but such is my passion for this show and this man.

Consider the men in the show: There's the innocence of Jack, the child. And there's the real man—the baker who is moral, troubled and human in every way. And then there are the princes and the wolves; two are ridiculous ideals (one after Rapunzel and the other after Cinderella) and the others are devourers of women. One wolf sings: "There's no possible way to describe what you feel, when you're talking to your meal."

And speaking of the baker…. He and his wife have a heartfelt discussion in a song about the morality of having trading six magic beans for poor Jack's cow that he is to sell at market so he and his mother can eat. It ends with this line: "The end justifies the beans." Oh my God!

Add to all this, add the voices. Jack and his mother, in particular, have voices so rich with feeling it is chilling. I can't see them, but they seduce me their absolute perfection for the stage. They have perfect diction and there is such character in their voices.

"Agony" is a musical comedy Hope Diamond. "Always ten steps behind, always ten steps below, and she's just out of reach." I am drooling. And "On the Steps on the Palace" is structurally and lyrically Olympian. And then, could there be a more perfect ending to act one than the narrator singing, "Ever After," with lines such as:

And it came to pass, all that seemed wrong
Was now right and those who deserved to
Were certain to live a long and happy life
Ever after, ever after

Into the woods where nothing's clear
Where witches, ghosts and wolves appear
Into the woods and through the fear
You have to take the journey

Into the woods, then out of the woods
And happy ever after

And all this enthusiasm is just about Act One. And less than five minutes of Downton left me wanting out of the coffin.

I listen to Into the Woods every day. It's like praying.

Posted by Chris Tyrell Loranger at 7:17 AM