I was very happy that it didn’t rain for our trip to Nanaimo. It makes walking Her Highness so much more pleasant. With two ferries running now, getting to the big island is so, so much easier to travel. There’s no waiting at all bright and early in the morning, a time of day I’ve enjoyed my whole life. I value being an early riser.

So my asthma test results were so good, the lab technician questioned my diagnosis. I know why. I stopped smoking dope a year and a half ago. I reckon there’s been some recovery. But, what great news!

I had my pacemaker adjusted. It’s absolutely extraordinary to hear all they learn about my heart after downloading six months of data—and I only heard about a tiny fraction of all that the technician could read. And speaking of the technician, she is one ideal woman. From the moment I turned to see her when she called me into her office, I felt like I was with a soul mate. Two long, long, tightly woven braids, high-energy and full, just chuck full, of soul.

She told me I am having trouble with one quadrant of my heart. I don’t even know for sure which one, but I suspect it is a ventricle because she said the word, “lower.” She said a lot and I took in very, very little. But she made some adjustments, and while she did that, we talked.

Did you have a heart attack?” she asked me. I told her I’d had three. Then she was truly mystified by my lack of medications. So, she asked me what kind of heart attack I’d had, and if I’d had a bypass or stunt implanted. I told her I had Prinzmetal angina. And she freaked out. She actually shook my hand.

She told me that when she was getting her degree, she was amazed by Prinzmetal. She said  it was a hugely popular topic amongst the students because, it’s a classic case study in diagnostics because it’s so incredibly hard to diagnose. To make a confirmed diagnosis, you h must be on a monitor at the time of the attack. Prinzmetal is due to spasm of the coronary artery. There’s nothing to see on any kind of imaging.

I was diagnosed with Prinzmetal because I’ve had three heart attacks and after every one, my doctors could find no reason. It’s diagnosis by elimination; it’s guessing. But that’s what’s on my clinical record. And so is “aphasic.” The technician added that to my records today.

I don’t obsessively carry around a pad and paper anymore. I don’t go out with written notes to speak for me. That’s because I am doing so well—that would actually be comparatively well. What I’m good at, is communication; I’m not good with speech off-island. A real test is coming up on Sunday when I go to a board and committee meeting of the clinic in person.

With the technician today, I used several tricks: using, wherever and everywhere possible, monosyllables; using key words, using gesture. She complimented me on how well I was doing, and that made me feel so trusting of her, I dared to show her my ‘hands on my face’ trick. I put my hands—it only works on the right side of my face—on my cheek and temple and instantly become totally fluent. I find it thoroughly embarrassing. I hate using it; it makes me feel like a freak. Speaking badly doesn’t make me feel bad at all. I cope.  But using the Dove  trick—I call it the Dove trick, because I place my hands in a position similar to a woman in an ad for Dove soap—using that trick thoroughly embarrasses me.

But when I gained fluency, I added to my demonstration by taking advantage of my fluency to tell her I had been able to show her because of how powerfully empathetic she must be because I felt kindred to her immediately. Then I went back to speaking badly. And I know why.

I didn’t ever like using my Rand voice. I felt fake speaking with an accent. Similarly, I don’t like being fluent using the Dove method. Doing that makes me feel fake as well.

I struggled with identity in my youth. I belonged to people who didn’t share my DNA and who were abusive. I didn’t feel at all a part of their tribe. I grew up convinced, without any proof, that I was French. When I found out my birth mother had kept me for six months after my birth, and was French Canadian, that was profound for me. I had a fact about my truth. Being gay, kind of skewed my merging sense of self as well. I desperately did not want to be gay.

A truth about me is that I have very poor speech when I leave this island. That is such a weird thing to say, but to know me is to know that is true. And that’s who I want to be when I go off island. I don’t want to employ tricks for fluency. As the technician said, I’m a good communicator. That’s why I don’t carry notes, pens or pads around anymore. I get by. I look back and I can see how much better I am at living with FND. And thank God!

Gay culture wanted me to be proud to be gay. That was asking too much of me. I was fine with feeling content to be gay. And that’s what I reckon I’ve become with FND. Particularly now, as Summer gets closer. During Winters, I often sag.

I got some plants at Green Thumb nursery in Nanaimo. I’ve bought a lot of bulbs and plants this year. But I’ve not planted many at all. I’m dying to get to it but waiting for warmer weather.

I LOVE the new two-ferry service. It’s fabulous for early risers like me! I got home before noon and had a warm and noisy reunion with Fred and Ethel. Fred is very vocal.

I had some chill time at home before I went to Jay’s to dine with him and Vic. It’s always fun when we’re together. I love being with Victor. We were good friends when we were in high school. And Jay is just a delight to be with. With FND, my issue is feeling safe. If people make me feel safe, I am fluent and very, very happy. I can only feel safe with people I truly know and, with whom, I have a feeling of being kindred or soul mates. I can feel, sometimes, an immediate and profound sense of connection with some people.

I once passed a woman on Granville Island. She was walking in the opposite direction to me. After I passed her, an impulse made me turn ‘round to look at her, and she had done the same thing. We chatted for a bit, and I told her I was gay before I invited her to dinner. My strongest memory is wondering what I’d done on the day-of our dinner together, when it came, as I drove to meet her at the restaurant.

That was Allyson. She later got me hired at Emily Carr University which paid like a Sultan compared to all my previous employment, and we remain dear friends still, some decades apart due to her international career.

I feel like a moth to the flame of something kindred in some people. Something that has nothing to do with sex, or appearance, or status. Whatever it is, that, more than anything makes me feel safe. And safe is what I’m about. That’s the cure for FND. 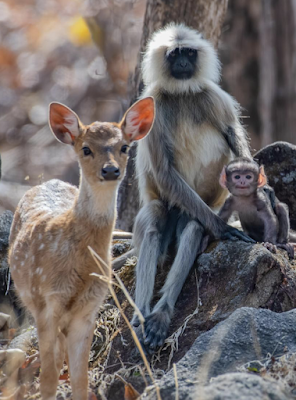 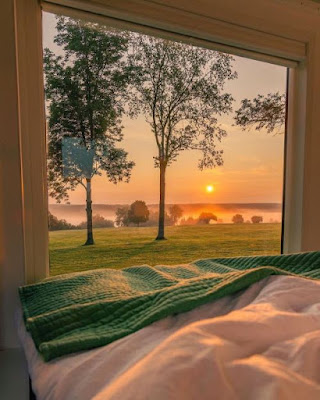 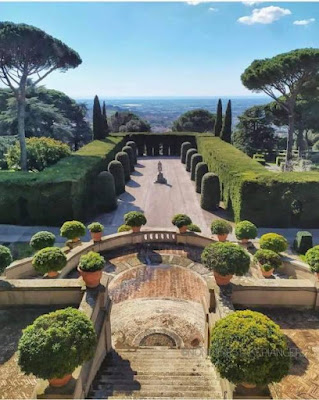 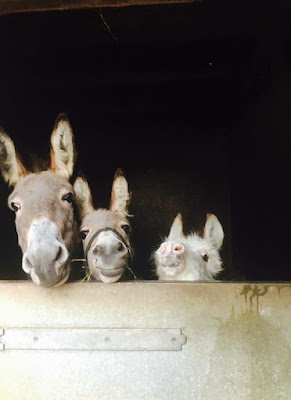 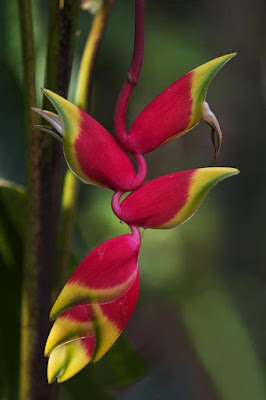 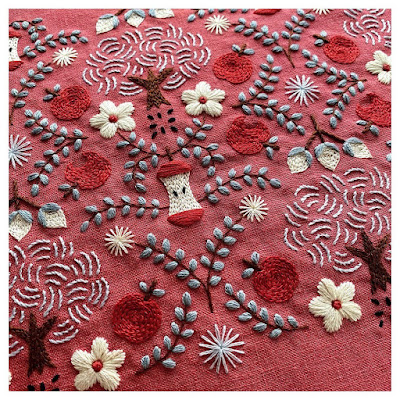 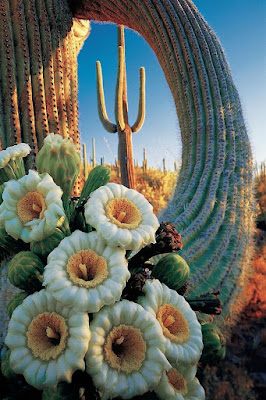 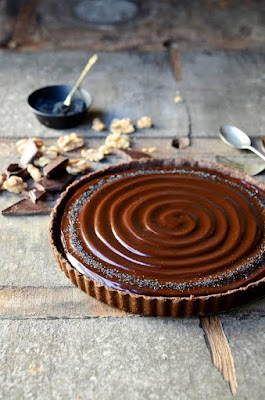 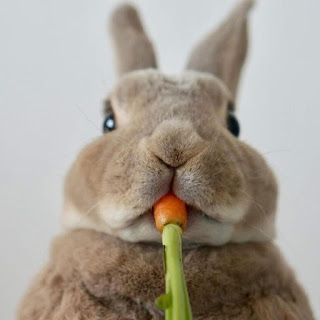 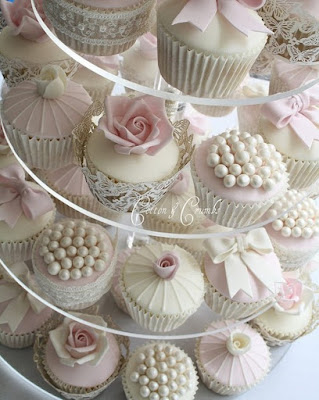 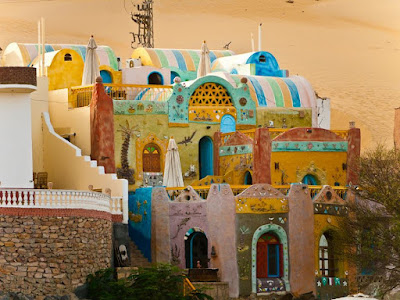 Posted by Chris Tyrell Loranger at 8:47 AM