Wednesday was a busy day with no studying. Sheba and I walked with our friends, and then I went shopping in the village. When I got home, I started on my chocolate bombs.

First, I had to temper the chocolate before I lined the domes. This is the first time I have made these bombs, and I have no recipe to follow, except for the ganache and marshmallow with which I’ll fill the bombs tomorrow. So, I was nervous, but I got I got a dozen domes lined. I was on my way with the most fun dessert I’ve attempted in years.

Then it was time to make the gelled unsweetened strawberry. I boiled it up, added the gelatin and then poured the mixture into a whack of ceramic dishes, adding only enough to make a very thin layer. And then I put all the ceramic dishes into the fridge and prayed that it would set. I was guessing on the quantities and ratios. The strawberry layer is to go between the marshmallow filling and the biscuit base. I can hardly wait for finish them tomorrow.

At 3:00, I checked on my work. The domes were perfect. The chocolate adhered to the sides of all the domes, all the way to the top. I was giddy. But the gel layer didn’t work, so it was back to the drawing board and a second batch. Then it was time for my consultation with Joanne, my new dietician.

I liked her immediately, and I’m now set for the next three weeks. I’ve a list of what I can eat and what I can’t eat at all, plus what I can have if it’s only a very modest quantity (1/4 cup). In three weeks, we will know if FODMAP foods are my problem. (FODMAP foods contain fermentable oligosaccharides, disaccharides, monosaccharides and polysols, all of which I’m sure that you’re ver familiar with. They are all short-chain carbohydrates (sugars) that the small intestine absorbs poorly.)

After signing off with Joanne, Sheba and I went on our second walk so that she’d be tired and sleep here at home whilst I went to The Surf with Judith and Anthony for dinner. But before I went, I checked on the second batch of strawberry gel and it worked! I’m very happy!

I loved going to The Surf. Judith and Anthony were easy to be with. We had a great time and had a lot to discuss. Plus, there is tons of space between patrons and there’s plenty of food choices. We had a great time! And it was my last meal before starting my diet.

And so, it starts. Day one on the FODMAP diet. Today, I purge my fridge and pantry of FODMAP foods. No more garlic, onions apples or bread, and small helpings of many dishes I like. It’s a beautiful sunny and bright day, though, so all is very, very good.

I start today with a Zoom session with my UK FND support group. And then I’ll walk Her Highness. And then I get to assemble my domes. I can hardly wait. Hurray!

Suddenly, I will say to myself: time to exercise. And I go to the computer, find a photograph that inspires me and write a little story. I seem to always want to write about women. I must try a man sometime. I grew up loving women, just not wanting intimacy. I couldn’t explain why to anyone. It was, of course, a secret. I remember how sad I was when I read or saw something on TV and realized that women could behave as badly behaved as men.  Shattering. I love the nice ones. Here’s writing exercise number 3: Meet Candace. 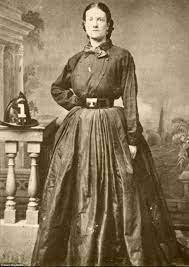 Miss Candace Louise Brant carefully lined up the pleats of her skirt as she listened to another of her husband’s rum monologues. That’s what she called his endless non-stopping editorial that her indolent husband spewed as long as there was still liquor in his veins. She’d been trained to sit and listen. She had the scars on her back to prove this sitting here wasn’t her idea. The it would prove to the boys who was telling the truth.

A few slaps taught her never to speak during a rant. She couldn’t read or listen to music, and, she always had to watch him in case he looked at her. She had to appear interested. Last night, he’d started with charging doctors, who did abortions, with murder, then Trump and freedom and vaccines and no masks and on and one.

It was always about people. This guy and that guy. And that’s what he’d call them all. This guy or that guy. Because he never knew their names. Sometimes, it’d be this asshole, or that shitbag, or these whores. If she could just close her eyes.

Her one win was sneaking wax into her ears. She’d leave it in until morning. The other good thing was sleeping alone. He didn’t come up until late in the morning when he woke up. If only there were neighbour’s close by, to help get her into town. She’d go to her sister’s, out West.

Eventually, she lost all hope. There were no more visitors. His brother used to come, but he won’t be back. They always fought, and last time, he’d had enough. She didn’t know why he didn’t stop coming long ago. She wouldn’t tell her parents. She knew they’d come if she told them why she had to leave, but she was afraid of what he might do if they did. She didn’t want to put them at risk.

So, she focused on the days. He’d leave before she got up, and she’d have time alone with the boys. And when they went to school, she’d remember who she was. It didn’t take long to know she had to do something, somehow to get the three of them out.

The first step, she thought, would be to believe that someday, something would happen. Something that would give her a sudden and unexpected opportunity, like an accident or an illness. Oh wait. Perhaps both! She packed a ‘quick exit’ a suitcase and prepared lists for both boys of what to pack, and she put them inside.

They’d married at Christmastime. She thought she could visit her parents for Christmas, introduce Gord and get married—all in one visit. But the day after Christmas, Gord got very sick for a couple of days. They had to delay both the wedding and their return home. And when they went back for Easter, he got sick again. She remembered it all vividly, because she had worried for days that the illness foretold badly for the future of her marriage.

After being sick twice, maybe three times a year for years, she suggested he go to the doctor for allergy tests, but he wouldn’t go. The clinic was two-and-a-half hours driving, each way. Besides, he’d said, he wasn’t sick very often.

She walked to her mother's and lied to her. She said she wanted some recipes so she could make Gord some exciting new dishes. It made her mother happy to hear that their daughter’s marriage was thriving. Then, after reading all the recipes, she made a long list of all the individual ingredients, all the while flattering her man because she had hope again. She told him she was going to prove her love by making him some delicious new dinners—all mama’s favourite recipes.

She began by making a meal with a double dose of the ingredient with the most ticks. Each tick meant the ingredient was in one of her mother’s recipes. She had them all. Then, one day, she gave him dried fruit in a delicious fruit cake, for dessert. And bingo. He was down! Dried fruit!

The next day, when the school buggy came to pick up her boys, she was ready. All three of them, each with their own 'quick exit' bags and goods, got on board, and and they were gone, never to return. 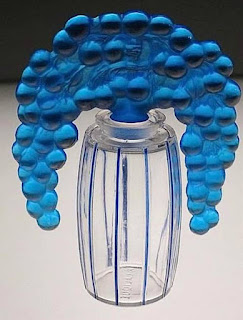 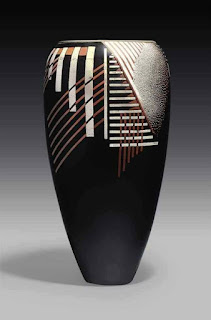 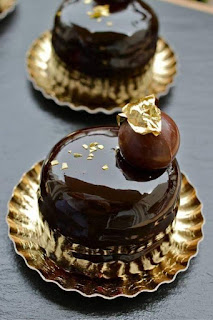 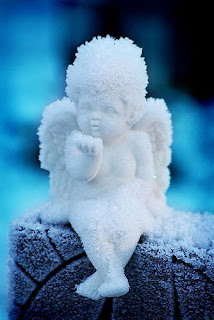 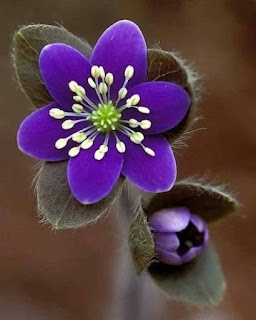 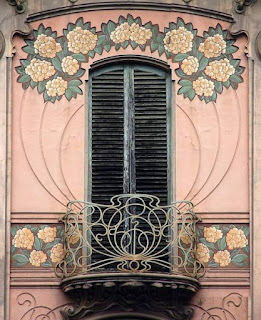 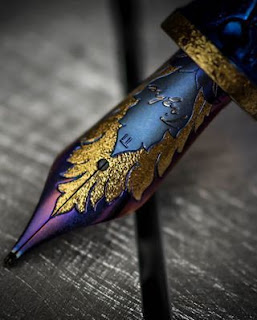 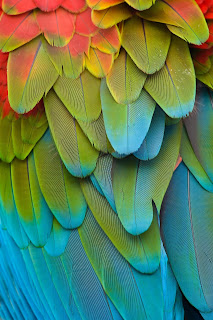 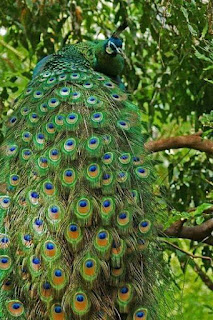 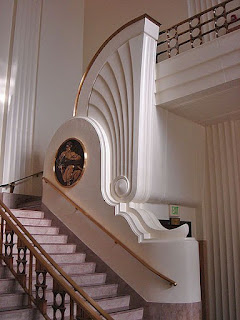 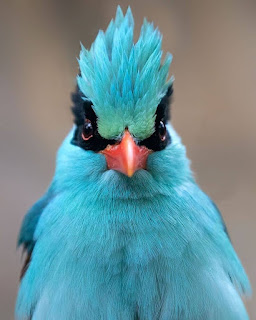 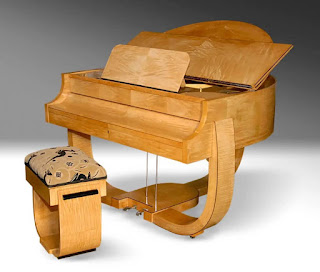 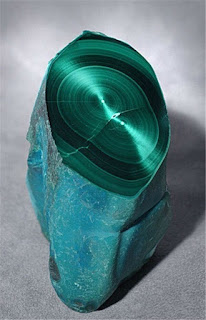 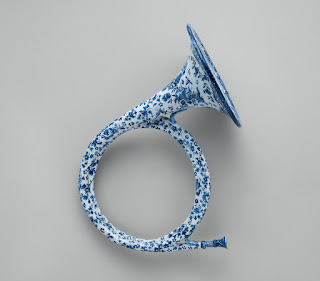 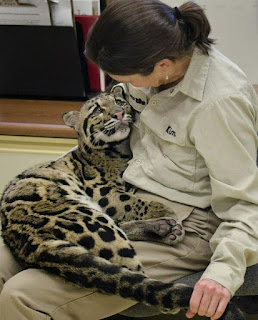 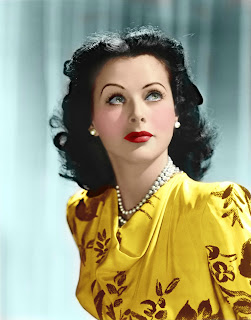 Posted by Chris Tyrell Loranger at 7:12 AM