Here come the rains again… But here come warmer temperatures as well. And speaking of things coming…. Daylight Savings Time starts on Sunday, and a week after that is the first day of Spring. Finally! Springtime, yes!

As the sky slowly clouded over yesterday, I felt my energy declining. I so love sunshine! As it got darker and the prospect of an extended period of rain got closer and closer, it made me want to nap. But I resisted and stuck to my plan to master all the different forms of numbers—and I made a list of all the signs from units 1-12 that I had forgotten so that I can memorize them (I hope) all on the weekend.

I constantly wonder when the well will run dry as I write these little stories. I’ve never, ever shared what I wrote in the past. Now I’m writing purposely for sharing. Perhaps you’ve noticed, I don’t talk about my speech any more.

It’s kind of faded to the background in my life, as well. My social life is taking up more time as more islanders become friends. I study a lot. I read as much as I can. And I write these stories. And as it is with FND, there are good days, and bad days. I have a large reject file since starting to tell stories here.

I’m approaching the end of Unit 1 of my ASL course. There are three levels. I’m on unit 12 this week; there are 13 units in level one. I’m conscientious. Yesterday I decided to review all the signs I’d been taught from unit 1 to 12. I wrote down every sign I couldn’t do or did incorrectly. It took f’en hours. I missed on 240 signs! Shizah!

That might have freaked me out, but it didn’t. I knew a lot more. But I’m resolved to master this list of 240 signs. Getting my certificate for level 1 would feel like a cheat if I couldn’t do all the signs taught. I want to get this. I hope my fire doesn’t go out.

It’s interesting to me that I think of myself less of a writer of these stories as the writer. I feel more like a problem solver. Each one feels like a one-laugh joke. A joke and my stories need a punchline. That’s the hardest part—the ending. The last line. 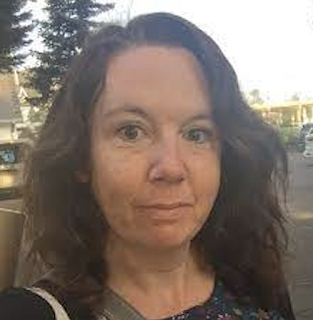 Joanne’s wondered how it all happened. She’d been a good girl, she was ethical, she waited for the right man—well, almost. She had love and support from friends and family, she had a good job and a caring husband who was a good father to their kids. They had a nice home. There was absolutely nothing wrong, but her melancholy was turning into horror.

She loved her life, but she didn’t want to be in it anymore. Worse, she didn’t no what she wanted to do if she left. There seemed to be no way out. So, she told Dan.

It wasn’t as hard to do as she thought it would be. Once she’d decided to do it, it was easy—maybe because her problem did not involve him. He asked her how he could help. Of course he did. He always knows the right thing to do. And she promised to find a counsellor.

The first therapist she picked was Jayme. She likes to be referred to in the plural. Next! Monica? Nope. Gizelle? Nope. Brady. She thought Brady was okay but left after two sessions. She wondered if it was the people or their practice. Maybe she didn’t like therapy. And then Trudy died.

Her best friend.; her only true friend. Her only antidote to torment was being with Trudy. She asked Dan to stay home with the kids and went to the service alone. She went early and sat at the back; she didn’t want to make a spectacle of herself in front of people. She knew how hard it was going to be.

But she didn’t cry. She just sat there and thought Trudy’s death was a manifestation of her misery. If only there was a villain. Someone to blame for how she felt. She wondered what was ahead for her. Would she ever get better? Did she want to? She did.

And then, suddenly, there was a weight on her shoulder. She looked up. The priest was standing right beside her. His hand was on her shoulder and he was smiling down at her, asking if she was okay. She looked around. The church was empty. He offered her tea in the sacristy.

He asked her to try coming to a mass. She said it would never happen, and apologised. She asked him if he cooked his own meals. He told her that volunteers from the church gave him a lot of prepared, then frozen, food in small servings. He never had to make his mains. She asked if she could bring him a nice four-course dinner sometime soon, and he gave her a date.

She went at four to deliver the food. He invited her in, then they ate her dinner, talking all the time. She went home with a date for another dinner together. The weekly meals got more elaborate as the months went by. Then, one day, and with permission, she took Dan with her to dinner with her priest. Dan explained that he wasn’t religious. The priest made him say grace.

Then one Sunday, the priest went to dinner at Joanne’s and ate with the whole family. And the priest toasted Joanne for her friendship and for sharing her family. And then, he asked everyone to silently thank God for something good in their lives.

And Joanne thought: the blues are gone. 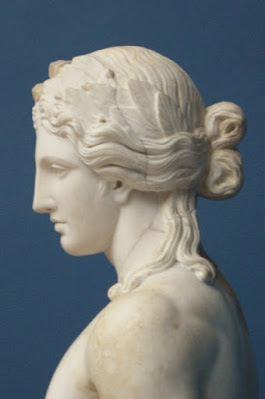 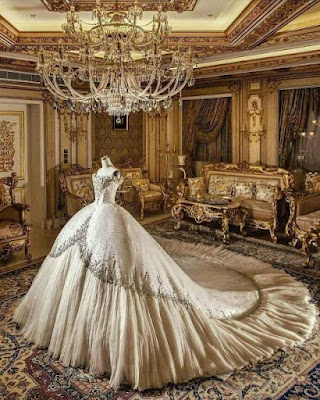 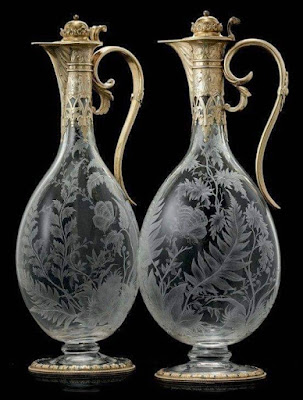 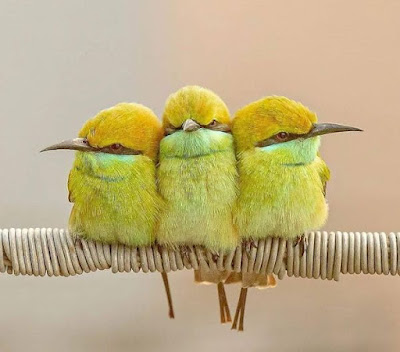 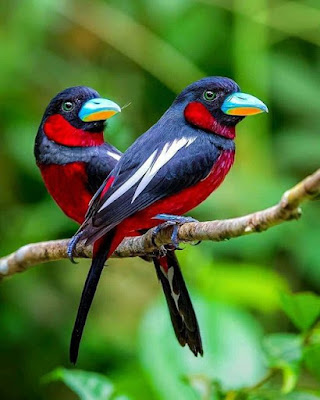 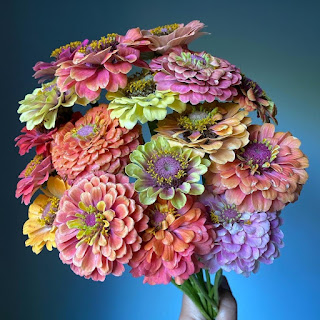 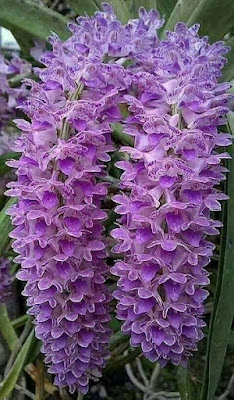 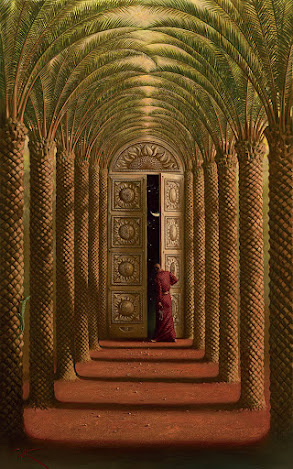 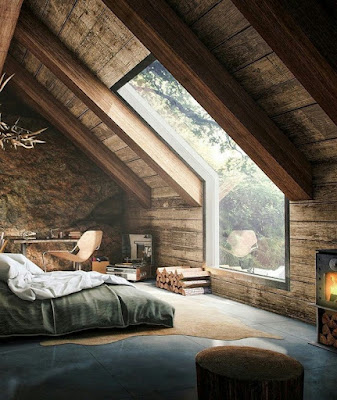 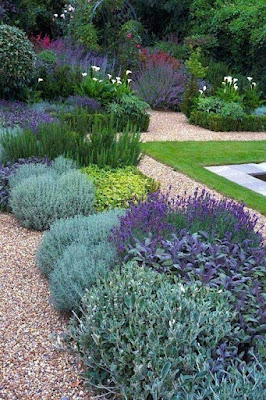 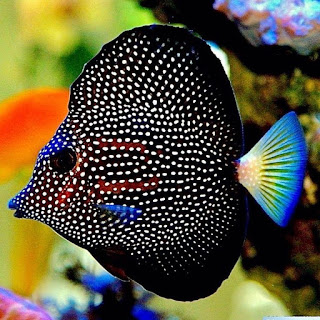 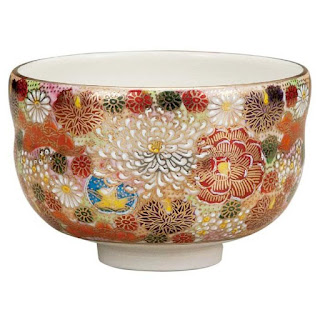 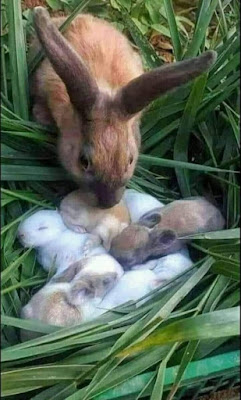 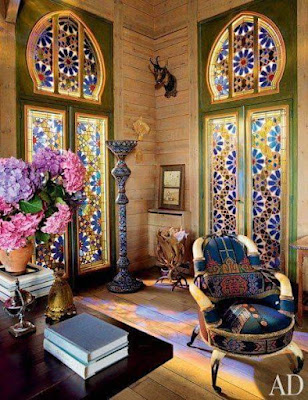 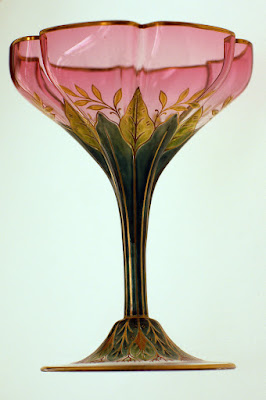 Posted by Chris Tyrell Loranger at 7:13 AM