Art Explained to a Child 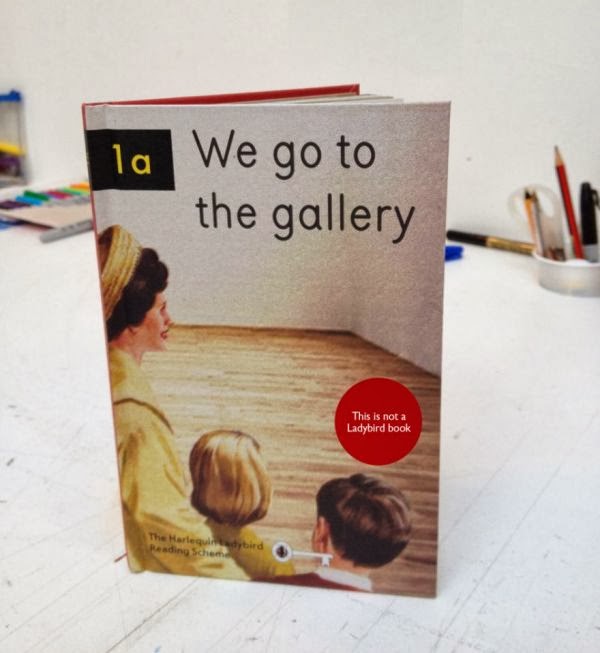 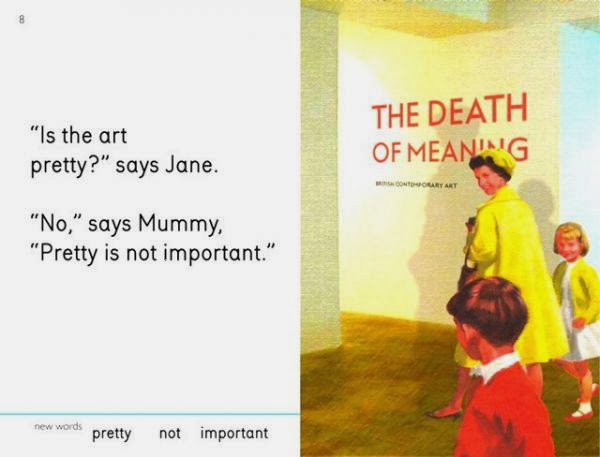 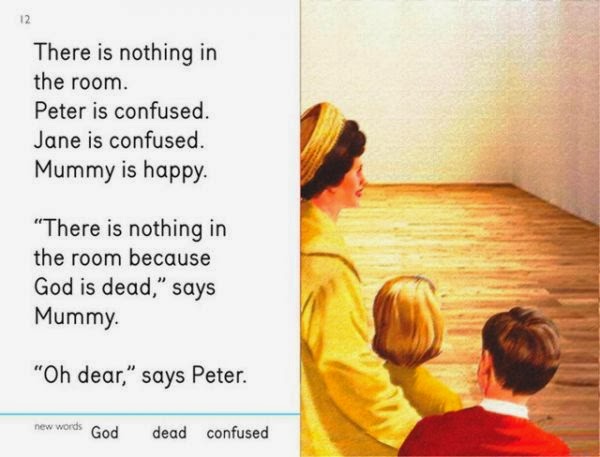 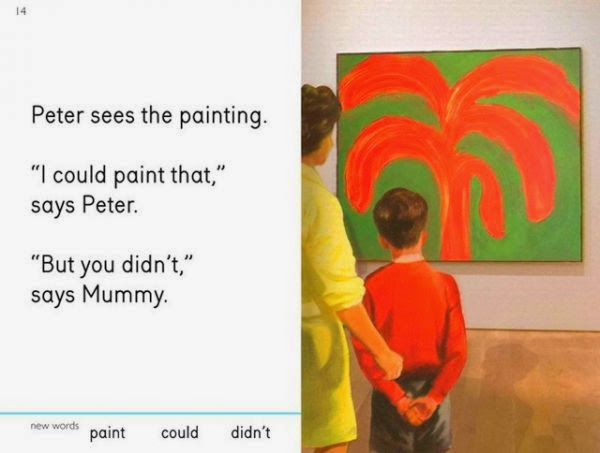 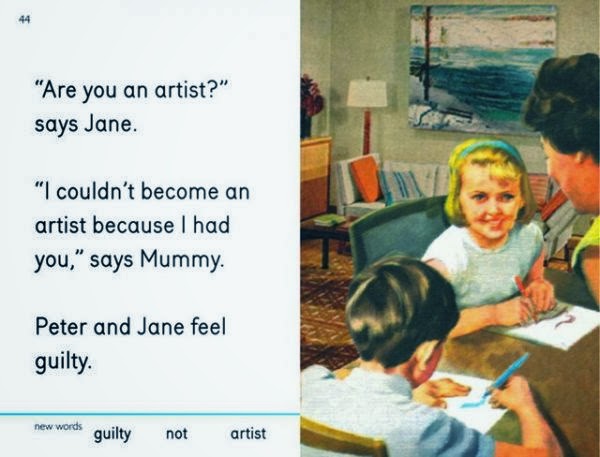 The Ladybird Book line still exists, but in the traditional sense, the name refers to a line of British children’s books that were published from the 1940s through 1970s. The had a standardized format including a listing of key vocabulary words on each page.
Miriam Elia, a writer and artist, has released the book We Go to the Gallery. It's a satire on modern art that in the form of a fake Ladybird book:

“I thought it would be humorous to see Mummy, Peter and Jane going to a really nihilistic modern art exhibition”, she says. Among the works confronted by the trio on their cultural outing are pastiches of Emin, Creed and Koons, through which they learn about sex, death, nothingness “and all of the debilitating, middle-class self-hatred contained in the artworks.”

You can see more a few more pages at The Independent.
Posted by Chris Tyrell Loranger at 5:29 PM
Email ThisBlogThis!Share to TwitterShare to FacebookShare to Pinterest