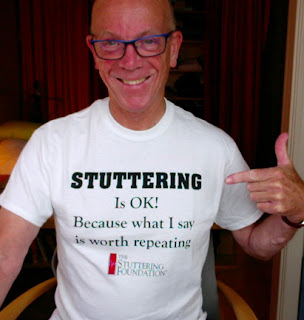 I was standing in front of the Tyrell’s downstairs bathroom mirror. It was a June morning in 1970 and I was getting ready to go to convocation day at UBC. That was 46 years and four days ago. I couldn’t get my hair to look right so I went to our upstairs bathroom where there were hinged mirrors that allowed me to see the back of my head.

It sucked the life and breath out of me to see that I was going bald. Six months later, most of my hair was gone. I considered a wig for about a minute but imagining it slipping off during wild and passionate sex prevented me from getting one; integrity trumped being fake.

Many years later and long before computers would change how strangers meet, I was sitting in the Nice train station waiting to meet someone I’d never met. I had made a sign with my name on it but I had forgotten it so I was worrying about how we would find each other when all of a sudden there he was, right before me, asking me if I were me in with a confident air.

As we walked to my apartment along Rue de France on a stretch of sidewalk that’s about a foot wide, we had to walk a block single file and prevented from pointing out the sites, my thinking had me realized that I had probably been described as “the youngest looking totally bald person: he’d see in the station. The thing I most hated about my appearance had become my defining characteristic. And so it is with stuttering.

I was in my car calling to ask where I should park my car. I could see her through the window. She was wearing her phone on her hip and had ear buds in her ears. She had no call display so I knew my stutter was my aural avatar.

In the 1980s I met a guy who became a roommate for five years and we became fast friends. Ever since, when I have referenced him in conversation, someone has very often referenced his excessive handsomeness. He is classically tall, dark and handsome. That is his defining characteristic. Were he waiting to meet a stranger in a train station, his visitor would be seeking “the tallest, handsomest man in the room.”

When I wrote my screenplay I was asked to explain what it was about in forty words or less. I found it impossible, so I asked the man who bought the screenplay why he wanted me to do it. He told me what I was writing was a logline — a seductive synopsis of a screenplay used for marketing the film.

I decided I couldn’t do it. I was too close to it. So I asked my editor to write it. I believed my screenplay would get a better logline from an objective whose perception would be far more aligned with that of viewers of the film; my screenplay is autobiographical.

I think knowledge of how others perceive us (or our work) is vital for a healthy personal and professional self-concept. Those who know us well tend to describe us by our values; strangers must use sound bytes and visual indicators to form the “logline” with which they will describe us.

When we are young, we try to shape perception of us with carefully chosen words in our CVs, interviews and applications and in our digital presences. We want positively connoted identifiers. Post-retirement we are freed from all that if we are lucky. I know people my age still addicted to ambition that jars like leggings and long dyed hair on women beyond that certain age.

I consider it a worthwhile objective to have one’s self-concept match objective perception.

We don’t get to choose how others describe us and not everyone is so easily trademarked. Only those of us with striking visual or auditory assets or deficiencies can be so readily identified.


Have you ever wondered how people describe you? What might they say?
Posted by Chris Tyrell Loranger at 9:47 AM