Hell: On my way to meet my Godson and his sisters to spend the afternoon with them, I believe I experienced my first ever overt homophobic attack. If homophobia has ever been the motivation for aggression towards me in the past, I didn't know it. But today as I walked along the seawall near Science World, a man wanted to fight me. He was crude and vicious in his mannerisms and his language.

A lovely kind man stopped on his bike to make sure no one got hurt. I so appreciated that gesture of goodwill to counterbalance the palpable hatred of my aggressor. I couldn't help but scream hateful things at him and give him the finger as I left. I could not stay on the high road.

Heaven: Cole, my Godson, and his sisters, Ruby and Georgia, met me as planned at the Science World Skytrain station. Their company was the perfect antidote to the man on the seawall. We walked through  Chinatown and they loved seeing all the exotic dried foods and fish and the tropical fruit. Then we went to the Dr. Sun Yat Sen garden (the only classical Chinese garden outside mainland China) and they loved it. Then we walked through Gastown where we had lunch in a semi-swank restaurant which was really really fun. They are exceptionally polite and well behaved kids.

Then we walked along the seawall and got the girls ice cream and after that was a walk past the historic houses of the West End and Rodde House Museum and then home to meet their Dad. It was such a privilege to be with them and I felt supreme to be trusted by them and their parents. Ah life. 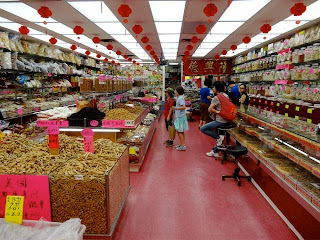 I was delighted to see my girls take immediately to the exotic nature of the store. They were the first in and had lots of questions. We walked every isle. It was thrilling for me. 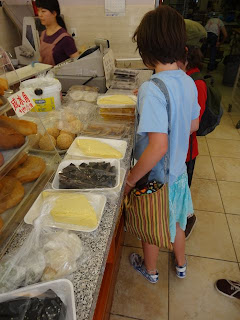 We had no idea what were were looking at. 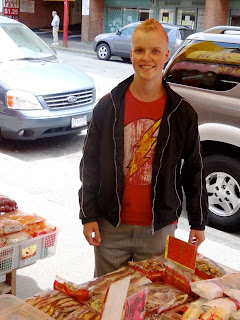 Colie has the key to my everyone's heart. 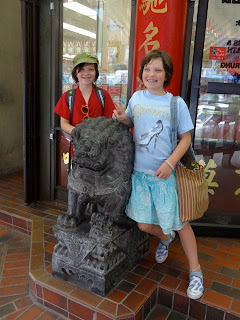 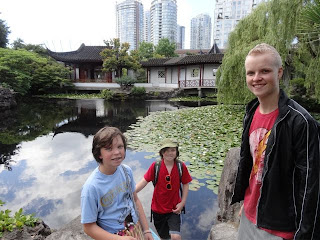 Georgia (left), Ruby and Cole in the garden. 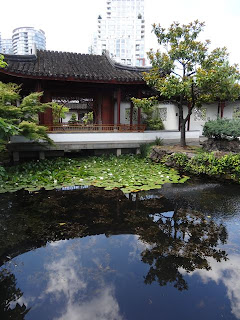 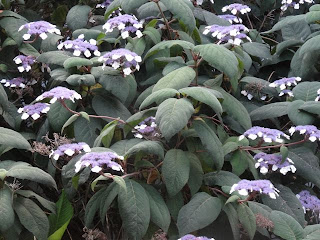 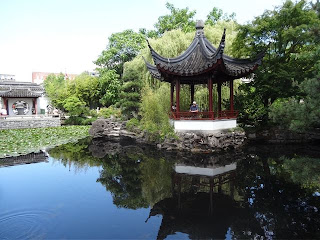