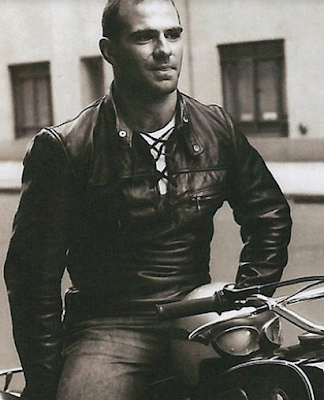 I first wrote about Oliver Sacks on this blog here.

The first book by Dr. Sacks that I read was The Man Who Mistook His Wife for A Hat. I loved it and I immediately thereafter read An Anthropologist on Mars and my passion for him began as I read the last chapter of  “Anthropologist.”

Both books were a collection of case studies and every chapter left you feeling entirely satisfied at its end—although the patients were not cured, their lives seemed much improved due to Dr. Sacks’ intervention.

But the last chapter of Anthropologist, Dr. Sachs recounts his return visits to all the patients whose stories are recounted in Wife and all the other chapters of Anthropologist. It reveals that most patients pine for their old selves; they want their problems back. Their disease, we realize, was in integral part of a his patients' identity and he questions his healing of these people. Only a very good man and an excellent doctor would do such a thing.

His unparalleled bedside manner was even more evident in his TV series. That series, as with his books, featured case studies and one provided the image that always comes to mind when I hear his name. He was visiting a tribal people who were being decimated by a genetic disease. As Dr. Sacks emerges from his airplane, he hurries to these disfigured strangers and very warmly embraces them. Dr. Sacks sees the person, not the disease. I was smitten.

I read everything he wrote. My favourite: Uncle Tungsten. But it was his medical textbook, Migraine, that gave me a powerful personal connection to my hero. His book taught me that I am “migrainous;” I do not “have” migraines. It also revealed that hallucinations I’d had in my youth (and which were a source of shame and a dearly-held secret) were a part of being migrainous. It was like he’d become a personal physician, this man I adored.

Then came his cancer. It prompted his memoir, On The Move. The photograph above is the cover shot. It was taken in San Francisco. San Francisco: My (adopted) mother’s birthplace and an iconic town for homosexuals like me.  And he looks so incredibly hot in the photo. It made me wonder or perhaps hope….

Yesterday my friend Beth, another Sacks fan, blogged a link to a Sacks essay in the NYT. It’s about his relationship to his faith and in it he references his being gay. I wept. I wept to have yet another deeply-felt personal tie to my man. And I wept because he has cancer, because I will never meet him and because loss is worse than death—you have to live with loss.

His article is—of course and as always—great thinking, great writing and deeply moving. His family rejects him when he admits to liking boys. It is a common story in my community. He writes:

After I qualified as a doctor in 1960, I removed myself abruptly from England and what family and community I had there, and went to the New World, where I knew nobody. When I moved to Los Angeles, I found a sort of community among the weight lifters on Muscle Beach, and with my fellow neurology residents at U.C.L.A., but I craved some deeper connection — “meaning” — in my life, and it was the absence of this, I think, that drew me into near-suicidal addiction to amphetamines in the 1960s.

He links that rejection to his being a writer:

I became a storyteller at a time when medical narrative was almost extinct. This did not dissuade me, for I felt my roots lay in the great neurological case histories of the 19th century (and I was encouraged here by the great Russian neuropsychologist A. R. Luria). It was a lonely but deeply satisfying, almost monkish existence that I was to lead for many years.


I love this unparalleled humanitarian, physician and writer, this handsome, Jewish, gay man of great, great thought, word and deed.
Posted by Chris Tyrell Loranger at 8:26 AM