Karl Popper was a supreme scientific philosopher. In 1945, he proposed his Paradox of Intolerance. His theory is considered a paradox of “decision theory;” the study of how we make choices. His paradox states that if a society is tolerant without limit, its ability to be tolerant will eventually be seized or destroyed by the intolerant.
Popper reached a seemingly paradoxical conclusion: In order to maintain tolerance a society must be intolerant of intolerance.
•
And speaking of intolerance: What form of human being is a hate mongers at heart? Well Christopher Cantwell is one. He talks big when he’s feeling in control of the narrative. He has bragged that his goal is to “normalize racism.”
“I’m going to make a commercial enterprise out of saying things that people want to make illegal. I’m going to make a whole fucking bunch of money doing it. Anybody who gets in my way is going to find themselves in a very long list of people who regretted underestimating me.”
At Charlottesville, on camera with Vice News, he bragged about having a pistol and readying himself for violence. He supports violence as long as he faces no personal risk.
Cantwell at Charlottesville: “We’re not non-violent, we’ll fucking kill these people if we have to.”
Cantwell on Ivanka Trump’s marriage to Jared Kushner (who is Jewish): “I don’t think you could feel the way I do about race and watch that Kushner bastard walk around with that beautiful girl.”
Yesterday he posted a video expressing his anxiety in which he is crying like a baby at the thought of the consequences he is facing.
•
Sixteen members of the President’s Committee on the Arts and the Humanities resigned today to protest President Trump’s “hateful rhetoric” and defense of white nationalists. The Washington Post these quotations from their letter of resignation: “Reproach and censure in the strongest possible terms are necessary following your support of the hate groups and terrorists who killed and injured fellow Americans in Charlottesville.”
“The false equivocations you push cannot stand. The Administration’s refusal to quickly and unequivocally condemn the cancer of hatred only further emboldens those who wish America ill. We cannot sit idly by, the way that your West Wing advisors have, without speaking out against your words and actions.” 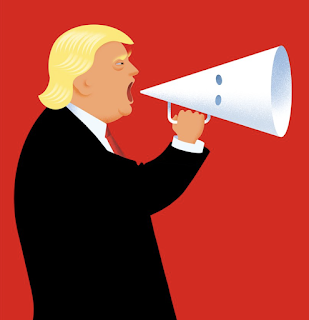 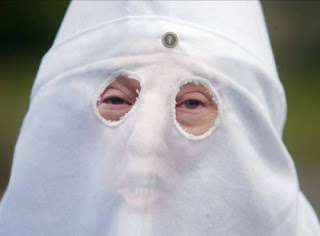 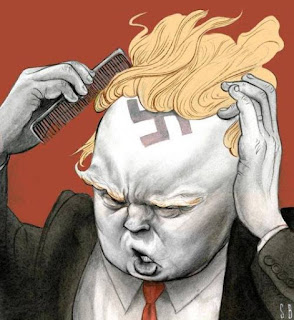 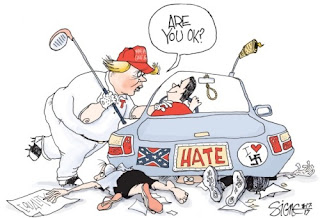 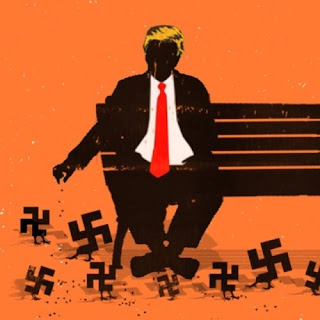 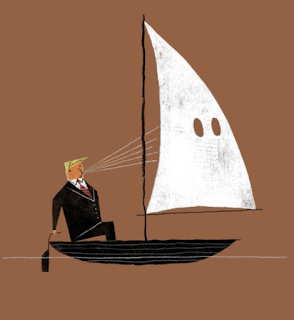