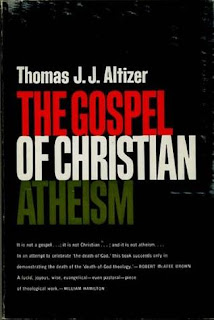 I "lost" my faith at roughly age thirteen. Later, I came to worry I had "thrown the baby out with the bathwater." I continued to feel alienated from religions but not from the idea of God. I love the idea ofgod, but I cannot "believe." I wish, in a way, I could believe but it is impossible. However, the subject of faith in a rational world has intrigued me all my life.

I found a fabulous working society of faith with no religion in Auroville, neat Pondicherry in India. I have had to build a place like it in my mind here. That part of me found information on Christian Atheism interesting (even though I could never be Christian). It is from a page in the BBC website archived in 2006.

On the essentials of non-realistic Christianity:

On Worship and Prayer:
If there is no God, it might seem pointless to go to church, or to pray. Christian Atheists would disagree. They see worship as a beneficial activity; group worship is good way for a community to:


On the Benefits of Christian Atheism: