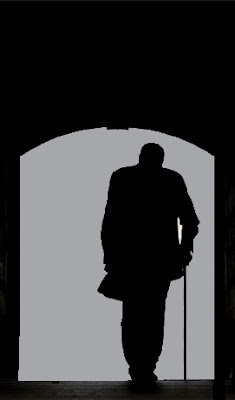 In 1952 my mother and father and I moved to West Vancouver. I was four. My best friends were siblings: Dougie and Marilyn. There were lots of other kids in the neighbourhood, but Dougie and Marilyn felt like my brother and sister.

On kid we played with was Teddy. Although I liked him as much as anyone, I was wary of being alone with him. Teddy was born tough. I met him when we were five years old and we were friends until I was eleven. Teddy spat and swore. He called everyone by their last name and he started smoking when we were really young. But Teddy had a huge pool in his backyard.

Besides the pool though, Teddy was important in my world for another reason and so was his sister Honoré. Teddy and Honoré were adopted like me. I felt kinship with them and their parents. We were “family.”

One day, I overheard their mother, whom I called Auntie Jean, say to my mother in our living room: “You never know what you are going to get when you adopt, do you?” They were talking about Teddy.

Honoré got top marks at school. Teddy quit school and by the time I was graduating from UBC, Teddy, who had been hurt in a dreadful motorcycle accident and had a permanent disability, was working as a night clerk in a skid row hotel.

When Teddy moved out, his parents had fallen on hard times. His Dad had lost his job. I remember because it gutted my Dad and I remember Dad saying how humiliating it must be for them to have to take in a lodger. They had rented out Teddy’s room.

Because Auntie Jean was an artist and because Honoré and I were both scholars, we stayed in touch. I was invited to visit and to bring my bathing suit and when I did I would hike up the stairs to the house to change before coming back down to the pool deck where there were lots of lounge chairs and the bar-B-Q.

The change room was in their basement right beside the room of their lodger, Mr. Westenberger. He smoked and looked like a character from a film noir. He was thin and old. He dressed in old dark clothes and walked hunched over and he smoked so much that his fingers were orange. I was frightened of him but I have never, ever forgotten him.

I went to St. Anthony’s church every Sunday until I was thirteen. My loathing of attending church services was the strongest emotion of my early life. It was in Latin and I was bored to tears but one man fascinated me and I had no idea why. I would just watch him if I could — not a lot, but if I saw him.

I met than man when I was in my fifties. His name is Norbert and he is gay and I think that at some level, I knew we had something in common. I have been struck of late, to realize that like Mr. Westenberger, I am a solitary senior with no family.

I hardly ever think about Teddy. I bring up things Dougie and Marilyn and I did periodically in conversations with friends so they are never far from me. I see Norbert every summer at the beach and I hear about Honoré from a mutual friend.


I don't know what happened to Mr. Westenberger but I have never forgotten him. As I get deeper and deeper into the more challenging years of my life, I think of him often. Yesterday, he came vividly to mind as I walked the wall; I wished I'd asked him a question instead of being afraid of him.
Posted by Chris Tyrell Loranger at 8:02 AM