Well, going on the FODMAP diet was hugely successful. I really enjoyed seeing Joanne yesterday, and she was very pleased to hear how successful it was. Now I start re-introducing the foods very slowly and in incremental amounts to find out which of the six families of fermentable carbohydrates (CFs) are causing me problems.

I may find any amount whatsoever of one kind may be bad for me; I may find that low amounts of one or more families are tolerable, but large amounts are not. I will likely find that some families are fine for me in any amounts. The next re-introduction stage takes a couple of months to get through.

I must first re-introduce and test one school of CFs each week for the next six weeks, and then the next many weeks involve testing combinations of CFs. Eventually I’ll know what I can eat, eat in moderation and what foods I should not combine in my daily diet.

I did not have a signing session with Michelle yesterday as I normally would. Instead, after a very busy day of cleaning, answering long ignored emails, and lots of them, meeting with Joanne and cleaning up the shed to be ready for wood stacking on Wednesday, I got my pal Louise Penny, and sat by the fire to read.

And Cathy cancelled our signing session this morning, so I have the entire day to myself. It’s another dark and wet day and the prediction of a string of sunny days for the end of this week has changed, so tomorrow I start stacking wood on a shite day.

I was going to quit posting these short stories for people with short attention spans. I was noticing how much things repeat in my imagination, and I don’t want to try to write outside my experience. I can’t channel people very different from myself, and that limits my range. But yesterday, I was searching through images looking for one to inspire me and I saw the one below, and I realized that I should search images with action or a prop that helps ignite an idea—and not to quit yet. 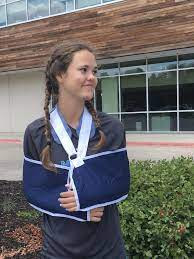 She and several of her friends had been playing together in the church parking lot when John McCrae and his brother arrived. As soon as she saw them, Wynne started collecting her things to leave. And as soon as John saw her , he was on her. Heckling her. Making fun of her. Calling her a quitter and other names. All because she wouldn’t go out with him.

Her mother had said, “Don’t engage. It makes him a winner if you hear him. Just calmly walk away.” But she had an idea. With her back to him, she got her phone out of her backpack, booted it up and opened her camera while he continued to spew his bile. She set her camera in movie mode, turned, got John in the frame, and said: “I beg your pardon, John?”

She stood her ground as he charged towards her yelling his threats. She turned and ran with the camera still filming, to the door of the church hall when he caught her up and grabbed her, hugging her around her waist. He lifted her up off the ground carried her to the edge of the porch and dropped her over the railing.

She didn’t have far to fall, and it was grass that she fell on, but she stretched her arms out straight to break her fall and knew immediately that she’s broken her right arm. She heard the snap. She got up, walked round to the steps leading up to the porch to get her backpack and jacket, holding She her right arm carefully against her chest. With her left arm, she picked up her jacket, backpack and phone. She did not want to show how much her arm was hurting. Not to him.

When she lifted the backpack, she knew something was wrong with her left arm as well. Then, as she rose from picking up her things, John tugged her shoulder to make her face him. She screamed from the pain that seared through her and then she heard him tell her not to tell on him. He said he’d tell everyone she’d tripped leaving his house after he’d slept with her. She held his gaze. She stared at him hard. Then she left for home.

She told her mom she’d fallen off the church porch. What a joke. Her mother found out the truth two days later when she met her friend Lynn’s mother in Whole Foods. That’s how smart John is. He never threatened all the other kids who were there that day.

When the cast came off the fractured arm, she was able to return to school. Her mother told her that she’d informed the school about John and that John would be expelled if he came near her or spoke to her. And for a while, she was not to walk between classes alone—her mother wanted her to have a witness to anything he might say.

Right after school, she went to Birks. With the saving done, the plan was underway. She told the clerk she wanted to get something for her mother for her birthday—anything from Birks that she could afford. It had to be cheap. More than anything, it was about the box.

She knew that when her dad had proposed to her mother, he’d didn’t take the ring out of the box. He gave her the ring in its beautiful blue box, exquisitely wrapped with light grey ribbon that had the Birks’ name embroidered on it in a blue that matched the box. The box, Wynne knew, would tell her mother: I know you. I know your story. I listened and I love.

The clerk gave her a deal and wrapped it perfectly in an over-sized box. Wynne took it home, opened it, withdrew the charm for her mother’s bracelet and put it inside a smaller box, and wrapped in paper on which she’d drawn shapes and words that reminded her of stories of their life together.

I’ll tell you this part quickly: A couple down the street have two dogs. Wynn babysits the dogs for two weeks every summer, and whatever they feed them makes their dropping turn white as they dry in the sun. And Wynne helped herself to a handful of them right after the birthday party where her gift was a huge, huge hit because of the paper.

She lay perfectly clean looking and nice dry pure white poop on the thin layer of cotton batting in the bottom of the box. Then she put another downy layer of cotton on top, closed the box and carefully re-wrapped it in its Birks paper and ribbon. Then she wrapped it all again, in plain brown paper, and she mailed it, with no return address, to John McCrae. 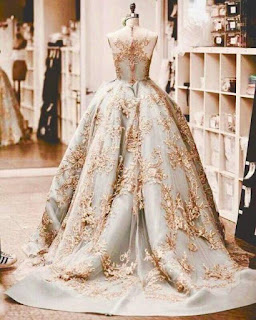 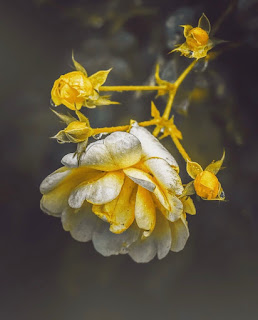 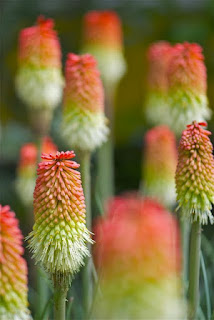 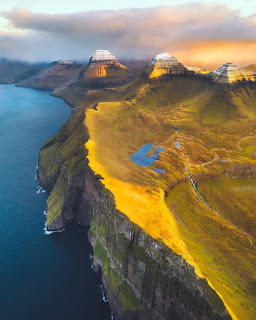 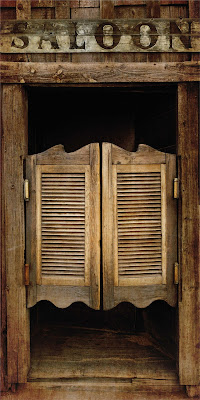 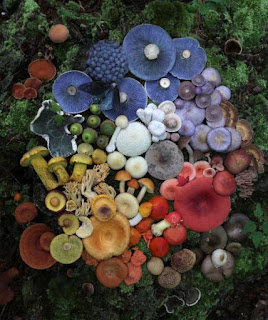 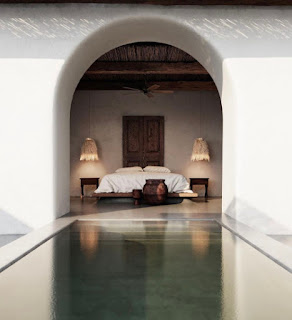 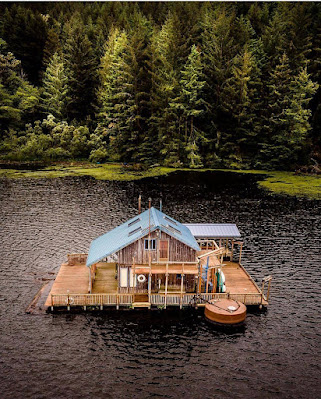 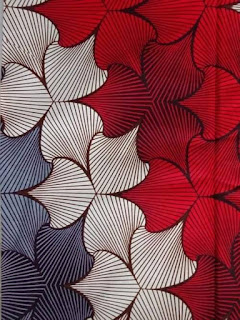 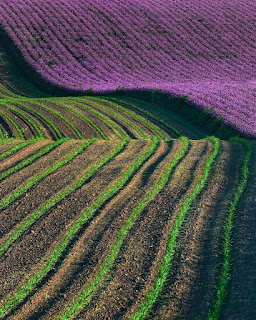 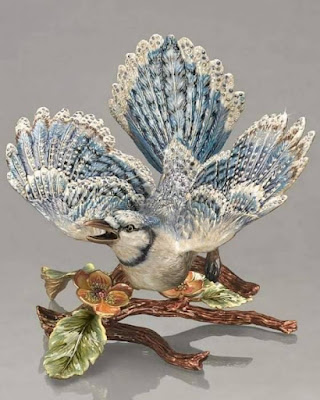 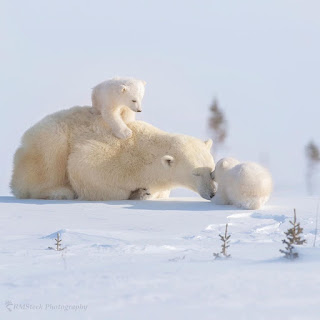 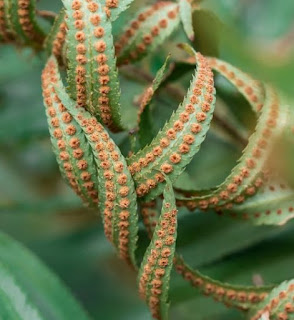 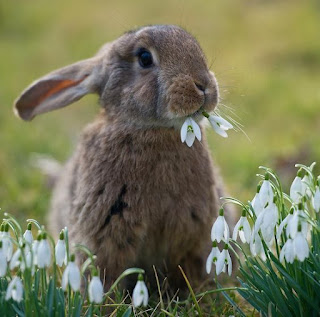 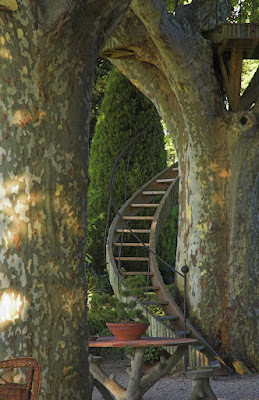 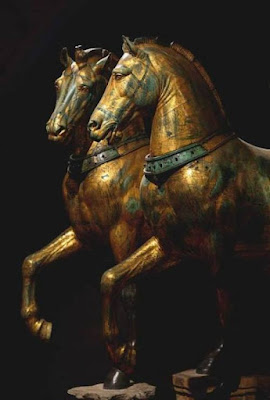 Posted by Chris Tyrell Loranger at 9:44 AM
Email ThisBlogThis!Share to TwitterShare to FacebookShare to Pinterest