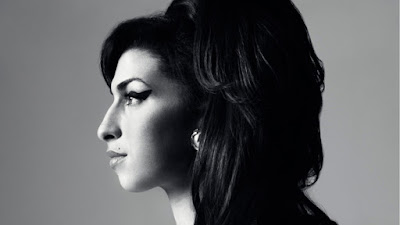 Yesterday my right foot was hurting and I couldn't figure out why. It was hurting on the inside and outside edges and I realized right away what had happened by the fact that the pain was in a straight line—my orthotic was the problem. Sure enough, there was a "wrinkle" in the orthotic that had produced two big blisters. I had walked for an hour and a half unable to feel the wrinkle.

Last night was sad and weird; sad because I saw the film Amy about Amy Winehouse and weird because whilst watching it, my left arm “disappeared” for about an hour.

I knew nothing about Amy Winehouse except for the song, Rehab. Now I know what a great natural talent she was and that the men in her life destroyed her. Her husband and father—especially her husband—let her down. And what a tragedy her death is. The scene where she sings with Tony Bennett, her idol, is heartbreaking. Now I love her and now she's gone.


Some thirty or so years ago, I lost the use of my left arm until surgery on my spine restored it. A crushed disk was replaced with a piece of cow bone and I suspect that bone is wearing out. Sometimes, when I want my arm to go right, it goes left. Sometimes, it moves like it is under water. Last night, for an hour, it stopped working altogether.

My foot, my arm… this is aging.

I went to bed after reading a nice blog article about the Beatle's song Hey Jude. I did not know that it was originally Hey Jules and it was written by Paul McCartney in his car on his way to visit Jules Lennon, the son John had with Cynthia, John's first wife. John had met Yoko and Julien and Cynthia had become persona non grata with the Beatles and Paul felt bad about it, so he went to visit Julien and Cynthia and wrote the song on his way.
Posted by Chris Tyrell Loranger at 6:09 AM