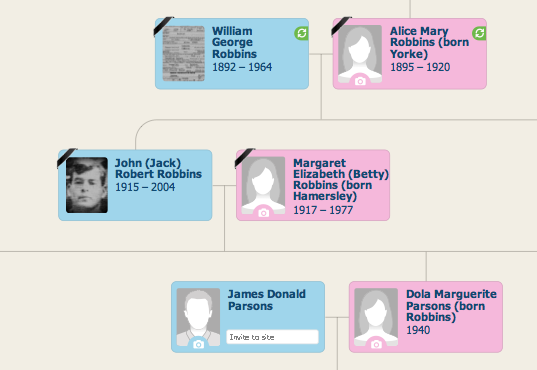 "Cousin Paul" (that's how he signs his emails) contacted me. He is 64. I last saw him when he was a toddler. He contacted me because he is building a family tree on an ancestry website and that led to our meeting yesterday.

I explained the reasons that prevented me from bonding with my adopted family—his blood family—as briefly as I could. he was very understanding and we got along very well, I thought. I enjoyed meeting him and his wife, Ingrid. But I am writing this post because of what he told me about "the Robbins."

As everyone who knows me knows, my failure to bond was due to being adopted by a family David Sedaris would have relished. And when Paul told me about the Robbins boys, I knew I was not the only victim of the indifference of my maternal relatives.

The Robins boys were the children of Alice, my mother's eldest sister. Alice married a man who murdered her, so their two boys were suddenly without their mother, my aunt, and their father who was sentenced to eternity in the local insane asylum. So the courts turned to my mother's family and they all said no to taking in the boys.

They were sent to a Catholic orphanage like the one I had been in and that is when my emotions got heavily engaged by the story. There were two years between them and as teenagers, they escaped into the worst years of the depression. They lived hand to mouth but the eldest one, John, could not support the younger one, Bill, so Bill went back to the orphanage.

John made it. He became a stevedore, married and had a large family. Bill graduated from the system a broken boy and soon thereafter committed suicide. That absolutely slays me. We abandoned "free radicals" have no rights and often suffer so; we are dealt with as commodities and it hurts deeply to read about how we failed Bill. I was comparatively lucky but not one day goes by wherein I do not think about my past. And now I will always remember Bill's too.
Posted by Chris Tyrell Loranger at 5:33 PM