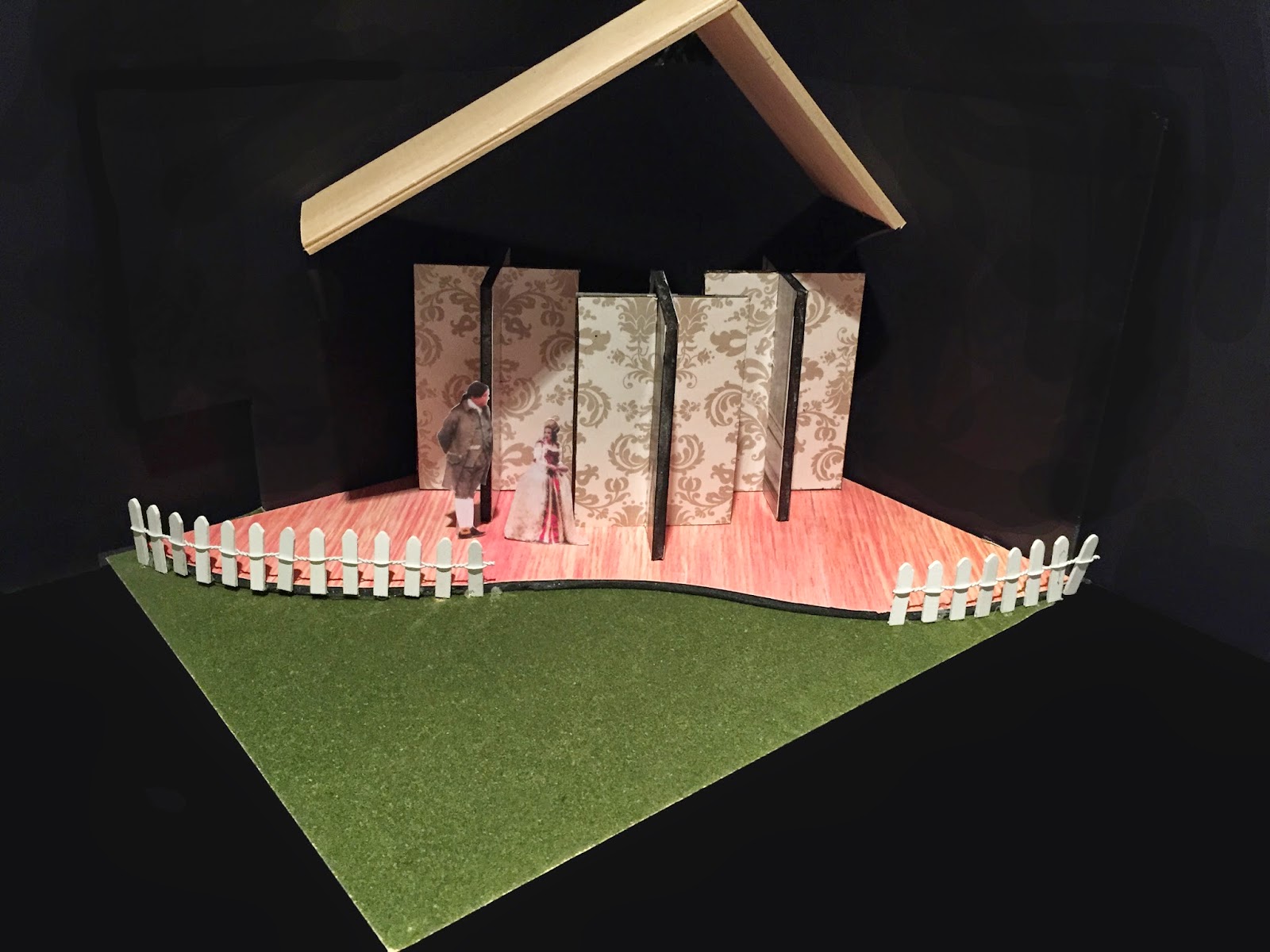 The floor will be the same wood as the roof. I used a photograph of wood on the model, so it looks weird. The grass is now outside, not in as in the first draft of this idea, the fence is more to scale and the characters give scale to the three "star" set pieces.

I really liked idea #1 (the broken frame; behind the image) and when I came up with it, I thought that was it. I had my design. And I cannot remember why I decided to do more. It may simply have been for something to do, but when I did decide to do more I decided there would be two, not one. I decided to go for the best of three.

I liked what come up for #2... l'artist's atelier idea. It felt a little forced and my friend Dwight hated it because it was too much. "Less is more," he said. And when he said it, I had idea #3 in mind: The three "star" set pieces. But I had no idea how to treat the rest of the set. But at the craft supply store, as soon as I saw the grass and then the fence, I had my idea and I got the wood for the roof.

I thought of adding a door, but rejected that idea. I like the cleanness of this model.
Posted by Chris Tyrell Loranger at 6:53 AM