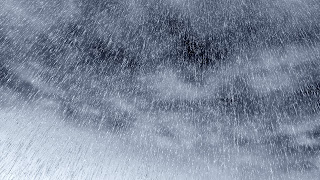 I opened my eyes
And looked up at the rain,
And it dripped in my head
And flowed into my brain,
And all that I hear as I lie in my bed
Is the slishity-slosh of the rain in my head.

I step very softly,
I walk very slow,
I can't do a handstand--
I might overflow,
So pardon the wild crazy thing I just said--
I'm just not the same since there's rain in my head.
~ Shel Silverstein, 1930-1999

I retired in November of 2004. At the time, I thought I would never work again; I had no idea what "retirement" meant because I had never thought about it.

In August of that year, I was laid off from the university where I worked as an administrator and I moved directly into the leadership position at a health care NGO and that lasted only three months. When I accepted the position, both the board of directors and I had the option to sever the agreement without consequence for six months. I lasted three. I quit because, after a lifetime of working in the not-for-profit sector, I could not handle another day working for a collective—a board of directors.

I consulted three financial institutions to assess whether or not I could "retire" and they all thought I could if I adopted a thrifty lifestyle so I went for a long, long walk to decide what I would do. I will never forget that walk because I had never ever looked forward and seen nothing.

I could do whatever I wanted and so the first thing I did was two almost back-to-back trips to India, a favourite country. Each trip was three-to-four months. When I came back, I started writing essays about what I had learned in my life about the visual art profession—I had organized massive public exhibitions, run a public gallery and written an artist advice column for a local visual artists for many years—and those essays turned into a book.

That book became a BC best-seller and has earned me handsome royalties, so I wrote a second book and one outcome of writing these books is a modest teaching and workshop career for visual artists.

Then I did some fundraising for a local housing charity and that is how I became a walker. I pledged to walk 1,200 kilometres and my friends made pledges per kilometre and I raised $17,000 for them. To build on that, over the next two years, I wrote a play and produced it giving all the money ($15,000) to the same charity. And not that it is over, I am back where I was in November 2004.

Every item on my bucket list is checked off and there is nothing on the horizon. I have read all my New Yorkers. My place is spotless and nothing begs to be done. If I am awake, I have nothing to do and I have never lived like this before. It is hard, it is dull and it is boring. I am so desperate to fill time, I watch TV when it rains.

On the weekend I bought books to read and that is saying something. I am the only writer I know who is not a reader of books (except when I am travelling or ill). Sadly, I see reading as the passive form of writing and I prefer to be active. I am not proud of thinking this way; it is  just the way it is.

I think I am going to have a bruise on my arm where a gentleman on the bus jabbed me—worse, the driver on the bus was playing contemporary country music.The lyrics made banal seem like a compliment; I plugged my ears?
Posted by Chris Tyrell Loranger at 7:17 AM