Yesterday, May 5th, I was caught by surprise. It was too hot to walk in the sunshine so my route was shade driven. It was weird to suddenly be avoiding the sun that I had been seeking in all my previous walks on this blog, but today was HOT.


I walked downtown to the Coal Harbour Seawall and through all the marathon craziness—there was traffic chaos and people everywhere like during the Olympics. Then I went home, changed, and then walked through the north side of Stanley Part, to the Rose Garden, Beaver Lake and Prospect Point. Then over the bridge, along the waterfront in West Van and to my friend's John & Bunny's house for dinner. 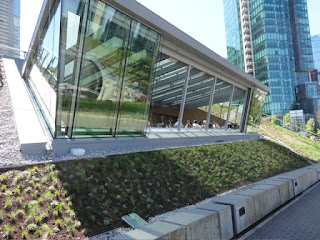 The restaurant on the green roof the the Convention Centre has finally opened— what a view! 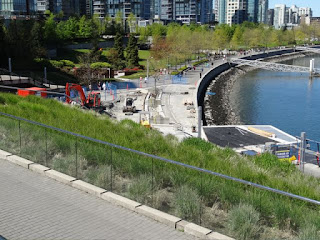 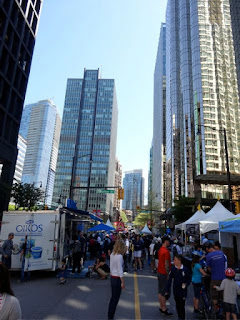 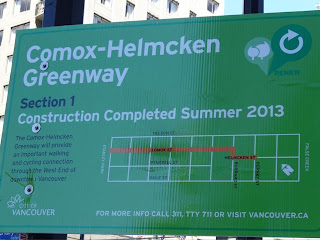 The fabulous new Comox Street Greenway ends on Helmcken (at the end of my block on  Hornby). 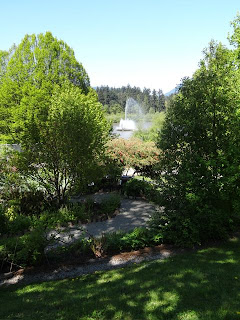 The most beautiful fountain ever remains, for me, the one in Stanley Park. 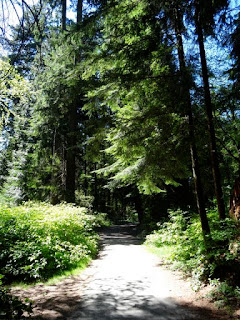 There was no one on the trails in spite of it being a weekend and a hot summer day. 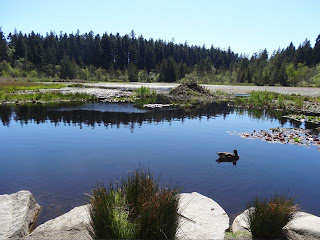 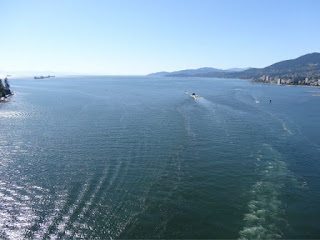 From the centre of the Lions Gate  Bridge looking west. 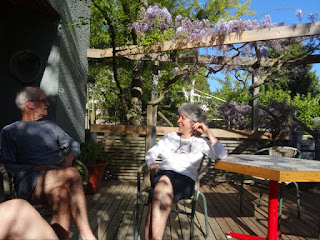 John, Bunny, their Wistyeria and (below) dinner. 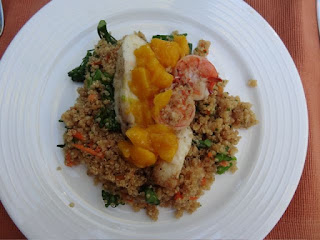