Friday dawned clear, but it soon clouded over and by nine-thirty I reckoned we might be cancelling our game. But at eleven-thirty, the skies were brighter and so I hustled to get my picnic basket loaded up with a tablecloth, cutlery, table ware and the tart. I’d already loaded four folding chairs, the Croquet set and the rules into the car in the morning.
I was really excited about socializing with Jay, Eoin and François. We’ve known each other, now, for two-and-a-half years. I met Jay when I moved here. He’s the brother of my dear friend, Kelly. I met François at the beach with his dogs; Eoin is his partner.
I’m very relaxed with these friends; I genuinely respect them all for the things they’ve accomplished here (they both built their own homes), we’re all mature gay men and we mix well. We all love to laugh, and we all value, I believe, being with other gay people. Plus, I loved the weirdness of an afternoon of Croquet.
By twelve-twenty, when it was time to leave, bright sunshine warmed my back as I, first, fed the birds and then loaded the picnic basket and Her Highness into the car. I bought the Croquet set when I moved here but had never used it until yesterday.
We ate a really nice light lunch that my guests made, and then François set out all the markers and wickets, and then we played a game. It took much longer and was much harder than I thought it would be. And it was a total blast. As soon as we finished the game, everyone wanted to have another. That says a lot! 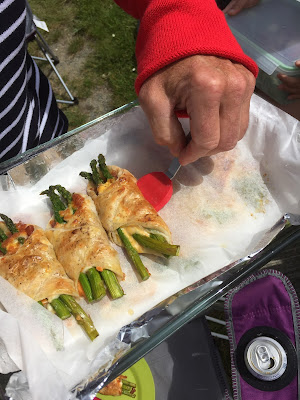 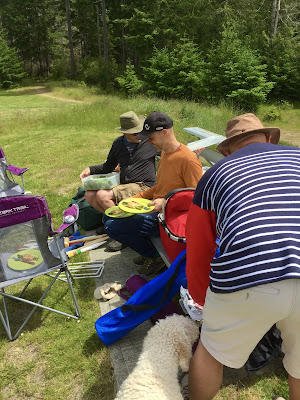 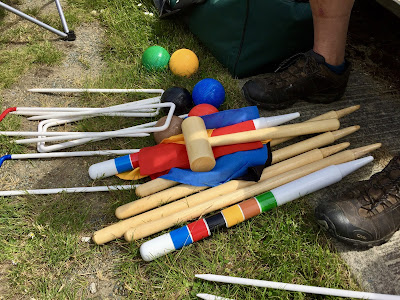 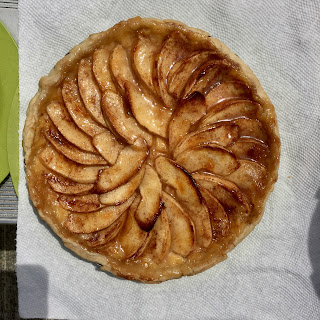 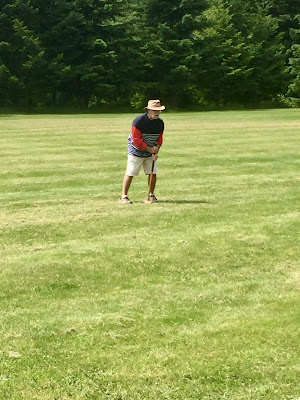 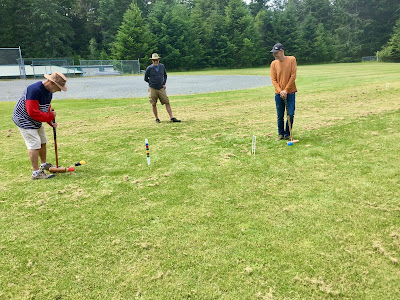 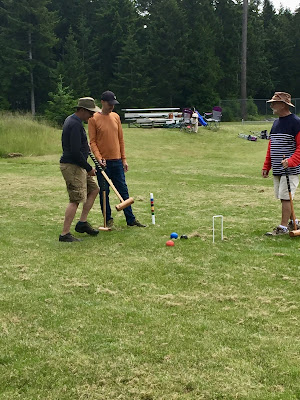 Posted by Chris Tyrell Loranger at 9:05 AM