I listen to CBC radio. When they do the weather report after the news, they do so for the entire province—in sections. And the word that dominates each sections prognostication now, is “smoke.” It’s wildfire season.
•
I accomplished a lot yesterday. I attacked house and garden work with almost manic fervor. I was the Energizer Bunny all day—except during the mid-day. I’ve developed a habit of noon siestas—being neither mad, a dog nor English—and I work like mad in the cool morning, mid-afternoon and evening hours. I end, of course, with a spa.
I’ve a couple of things to transplant today, but the real job today will be starting on the “wild” half of the backyard. I’m really excited about finally getting started.
•
Aretha Franklin was awarded a special certificate by the Pulitzer Award organization. It was presented at an awards luncheon this past Tuesday and Jennifer Hudson was invited to sing a tribute song, Amazing Grace, but her flight was cancelled. So she took a bus. You can see her performance on YouTube here. It made me weep at the loss of Aretha and at the majesty of her soulful performance.
She arrived five minutes before her performance—you can see one of her earpieces dangling on her left shoulder.
Her incredible talent is stupefying! And watch how she moves. There’s not a drop of diva in her; she makes it about the song. And I delighted in watching her backup singers. There’s such tightness in their performance. It’s absolutely perfect.
You can see it here.
•
Here are some photos of this morning’s walk. 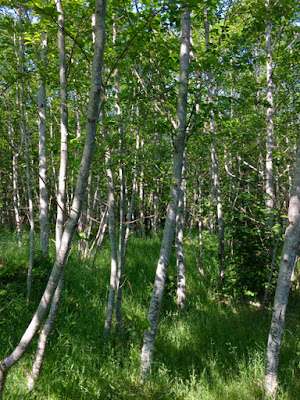 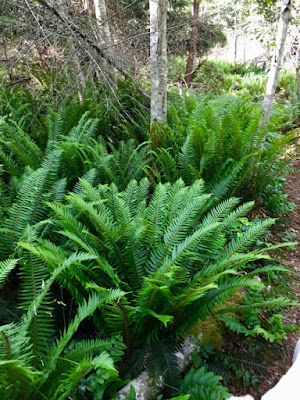 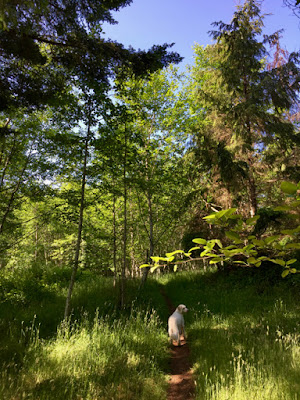 Posted by Chris Tyrell Loranger at 11:09 AM