What a shite day Monday was.

One of the first things I do every morning is booting up my computer, and yesterday morning it didn’t work. I tried again and it failed again, so I booted it up with my command and R keys depressed and ran a first aid program. It said there was no problem, but when I tried rebooting normally again, it failed again.

With Apple’s help, I re-installed my operating system, which took a very long time, and then I tried it again. It failed again, and so the last thing to try was erasing the entire hard drive, reinstalling the operating system again, and then importing all my files from by backup drive.

It took forever to erase the drive, but it was done while I went to walk Sheba with my friends. Then, when I got home, I started the re-installation of all my applications and data, but well into that process, the power went out and, at that point, I was ready to fall deeply into despair. There was naught to do but wait, which is what I did, and when the power returned, I started the process again.

That process took from 11:00 in the morning until 4:30 in the afternoon. I was reading when I heard the deep boom of the computer starting up. I was holding my breath as it led me through all kinds of permissions and verifications. I was on tender hooks. And then, a miracle happened. There was my desktop and all my files. As I write this, I’m waiting for all my old emails to be imported from the backup drive. It will take another 45 minutes.

As I type this, I’m giddy with delight. It feels wonderful to be typing in Word and reconnected with the world. I’ll cancel the flights I have reserved for tomorrow to go to Vancouver to get a new machine.

What a day! What a trying worrisome day! But it ended wonderfully. I’m relieved I don’t have to go to Vancouver and to arrange for Sheba’s care. I’m so glad to be back to normal. Once the emails are imported, I will try shutting down and booting up again. I’m scared of more trouble, but rebooting will give me confidence in my machine again.

Anxious as Hell, I shut down my computer when all the emails had been imported, and then I pushed the power button and came as close to praying as I have ever been. And it worked. Everything is hunky dory and I’m both relieved and overjoyed.

Once it was fixed, I got myself a big glass of Diet Coke, got on the chaise and opened Bruno. But I couldn’t focus. I felt like I might after having been in a ‘not too serious’ car accident. I feel like I’ve run a marathon, and I was wrestles after the race. I did dishes and other chores, just to be active. As I settled down, I felt pretty good about Apple and about my response to bring without a computer.

My Vancouver relationships are maintained by this blog, email and video calls. I speak, not well, but well enough, with island friends whom I see face-to-face. I didn’t like being detached from the blog, email, and my voice generator. My iPad was out of power and very slow to recharge, but once done, I had to get help from Shaw to access my email on the web because to do it from my iPad required a code that they wanted to text to me. (This has become quite a problem for me and anyone else who does not have cell service or phone.)

There were so many obstacles to getting everything going. Aside from the iPad and iMac technical challenges, I was fighting technical insecurity as well as having doubt about the computer. The Apple consultant called my iMac a ‘vintage’ machine. I bought it in 2015. And when it came to erasing the hard drive, she advised me that I might lose data. And I really struggled with speech.

But I persevered and I didn’t freak out. I secured reservations to Vancouver for Wednesday, and the closest Apple store, and Dwight volunteered to drive me to Richmond for the return flight in case my machine was a burner. But I did what to me, was a mighty amazing thing by following instructions provided over the phone from an Apple technical assistant. I reckon Apple is the big winner here. They design mighty clever machines and software that enable monkeys like be to behave like Einstein.

I am still nervous about the machine, but I wrote all evening for the clinic. And I wrote this post. It felt so good to feel my fingers on the keyboard. It felt good about how far my writing has brought me at the clinic. I’ve earned my place on the board if, in fact, what Nancy said comes to pass. A bad day ended well. (See below.)

I ended the night writing a much more detailed outline of Plan B for Nancy and our committee. What I love about what I’m doing with Nancy, is that I feel that I am rescuing a burn victim. The fellow who did the first campaign had her feeling dreadful.

It was awful to see the impact of the campaign’s failure on Nancy. She felt dreadful about the lack of response and her loss of control. She felt like she’s let the Foundation down, but it wasn’t her fault. The contractor who was hired to execute the campaign did not do what he was asked to do. The experience badly affected her.

She terminated the contract with the consultant whom she’d hired. We’re seriously off on Plan B now, so I know that getting back to her quickly as I did last night, suggesting agenda items for our upcoming committee meeting that will bring all the members into the decisions that will drive Plan B, will tell her that she’s not alone, that help has arrived. I was really pleased with what I sent her.

On Sunday there were interesting developments in my work with the clinic. The fellow who was leading the campaign for new doctors is being (very deservedly) terminated, and I’m joining the committee that hired him and together we will undertake a new campaign. We’re going to do all the things I suggested we do to Nancy, the chair of the committee. I really like Nancy. She is wonderful to work with and she’s extremely knowledgeable about clinic and physician payment models (which is anathema to me).

It was awful to see the impact of the first campaign’s failure on Nancy. She felt dreadful about the first campaign. She felt like she’s let the Foundation down, but it wasn’t her fault. The contractor who was hired to execute the campaign did not do what he was asked to do.

Instead of despairing, Nancy reached out to me and two other people to join her committee and it was wonderful to see how happy she was to have me join her team. She loves my plan, and we have confidence in our team to make a success of my plan B.

I’m still working for Dyan and her committee as well, and Nancy told me that I’ll be becoming a board member at the next AGM. I’m very happy about how things have worked out; I’m proud to be part of this community and to serve on the board of the clinic.

Yesterday the last 6 Donna Leon books arrived. I have the first 28 books, the last two are not yet available in softcover. And my 11 Mick Herron books are in transit. I got an email from the vendor. 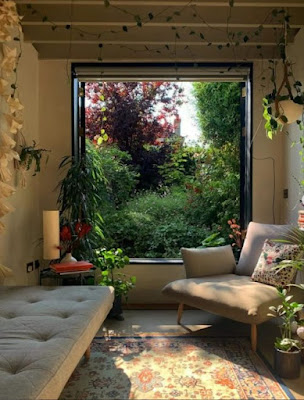 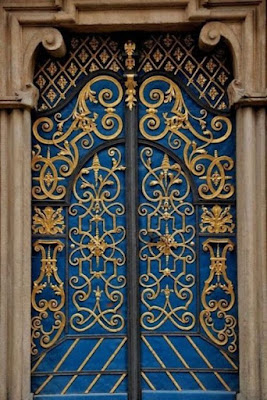 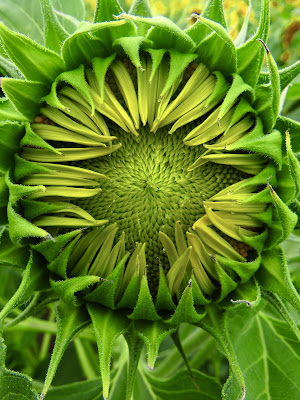 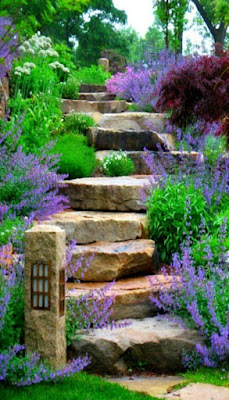 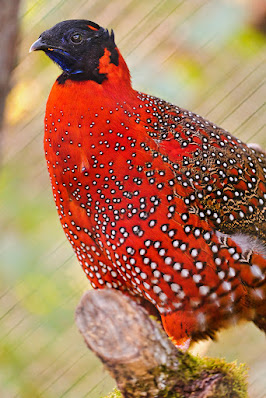 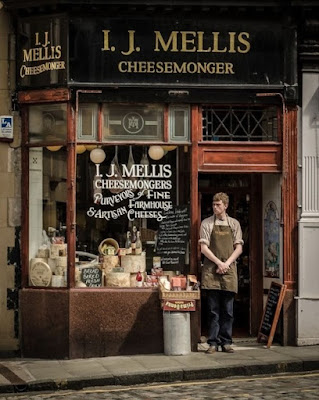 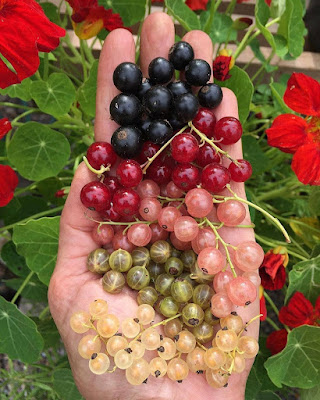 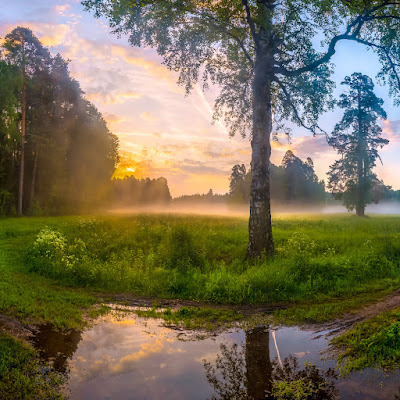 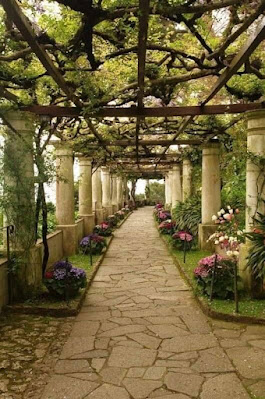 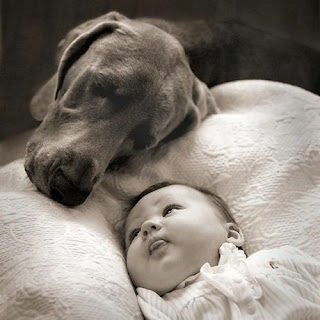 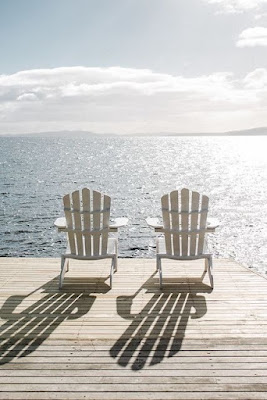 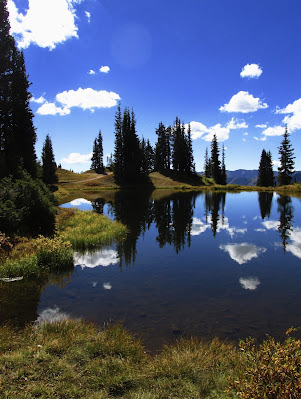 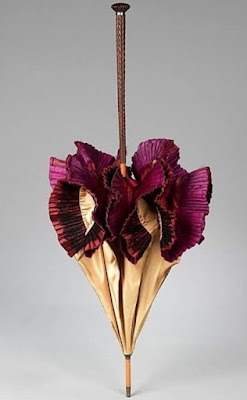 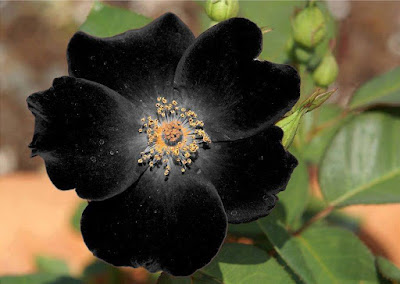 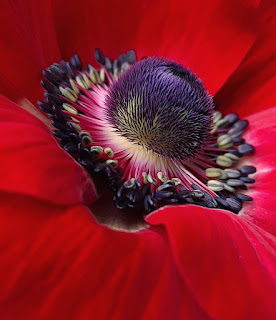 Posted by Chris Tyrell Loranger at 10:26 AM
Email ThisBlogThis!Share to TwitterShare to FacebookShare to Pinterest