I went next door to meet my new neighbours, Ursula and David, and they are wonderful people. They’re really warm and friendly. I gave them a bunch of links that are handy for islanders, and I told them about the clinic. They love Sheba, and they have plans to build a yurt on their property, and not a big home. I’m rather happy about that.

The rest of the day was spent walking, doing yard work, and reading. Last night, I watched National’s Master Harold and the Boys. What a triumph it was! It’s wonderfully written, just brilliantly so, and the ending is breathtaking. The performers are perfection. It was joyous to watch. I can’t believe how great it’s been watching a compelling play every night. The past month has been a theatre festival in my home.

The screaming empty heads of the American right, the freaks who get headlines for spewing vile and lies are playing a game, and players play to win. Religion and politics: games. Religion even has team uniforms. The left disappoints me even more because they are my people, yet they only deliver disappointment. Politicians feign being our representatives, but their every action carefully conciders the concerns of their party’s donors. The game they’re playing affects us all.

Greed and power are the devils of my religion. Science is my faith. I wish I were young and idealistic and could start a political party called The Science Party—a party with a platform to revise unfair laws and policies and to make brave decisions. A party committed to science, truth, and the best interests of the electorate. A party that could bring together the NDP, Green, and Liberals, a party committed not to donors, but to what’s best for life—all life not just humans. A party that works with scholars and researchers to create platform policies.

Democracy is failing because capitalist theory dominates its practice. The game concerns the amassing of status, property, power. I’m not a player. We could do so much better. Leadership emerged first with the great thinkers. Look at what we’ve got now and despair.

The best thing about Pinecone Park now, is my new attitude. I’m inclined to order, a clean line, borders. I’d look at the lawns and only see failure (weeds, bare spots, weeds). Last night I went out and felt better about the Park than I have in a long time.

I don’t have the energy to keep up with things around here. This year, I cleaned up the gardens in Spring, and then let them go wild all the rest of the season. I really like the look of the Park now—weeds and all, with all it’s other warts. Last night, I thought it looked mighty, mighty fine.

Growing up I learned that there are Parks, and there are parks. Parks, with a capital “P,” are groomed and ordered; parks (small “p’) are everything from an empty city block to small community parks that are, for me, much more fun! Pinecone Park, with its blemishes, is like a neighbourhood park, just for me.

One reason it looked good was that I did yard work Yesterday. I weed whacked lots of the yard because right now, we’re not supposed to use a gasoline machine. Another reason, my table on the patio (the former fire pit). When I walk out in the morning, the table and the chairs look like public art—a piece about coming together. And it’s functional. It’s a lovely structure to my eye. It’s a symbol of Summer, of eating, of being with friends. It’s loaded with connotations, all of them good. It looks really great in my little private park.

I’m feeling much better about working for the clinic and it’s all due to a change in attitude. When I joined, I had hopes and aspirations about what I could do. Well, I’ve dropped that and adopted a reactive position. I’m not trying to solve their problems anymore; I’m not hoping for anything. I’m happy to do what I’m asked to do and that’s all. It’s much better this way!

And YAY!!!  It’s cloudy. There are chunks of blue sky, so we’re getting some sunny periods, but it’s nice and cool and slow. I feel so relaxed on a day like today; sunshine makes me feel I must do things, but not days like today. Our morning walk was brilliant! 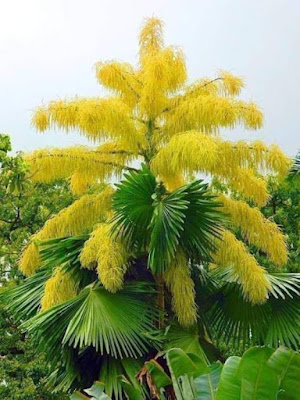 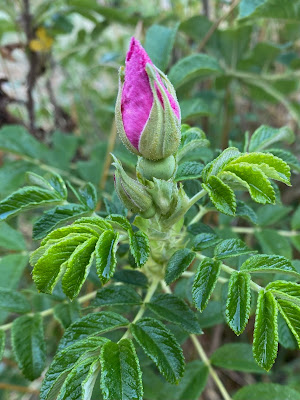 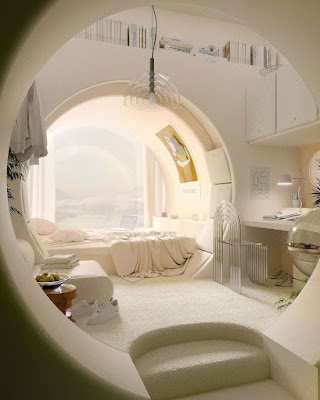 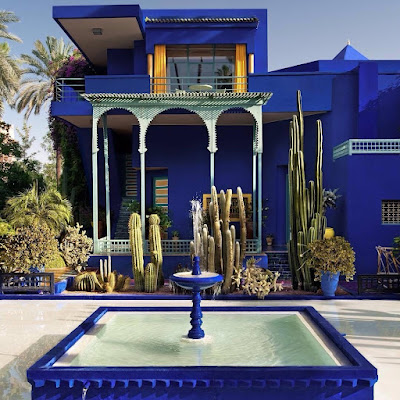 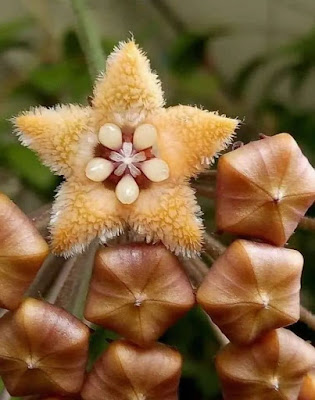 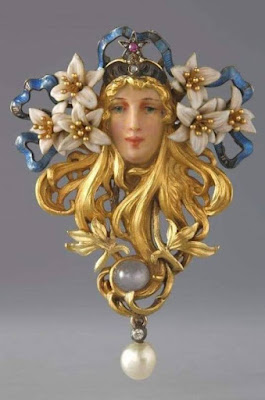 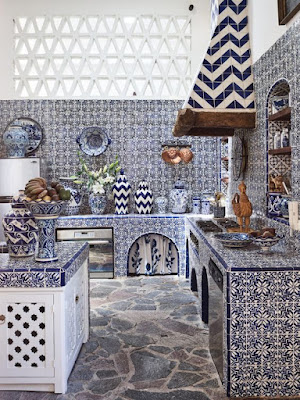 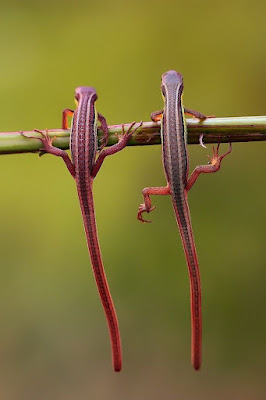 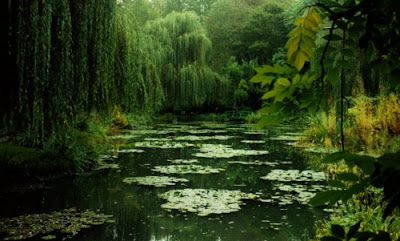 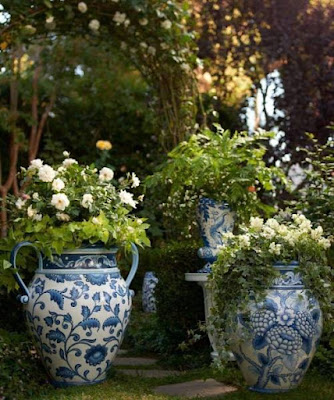 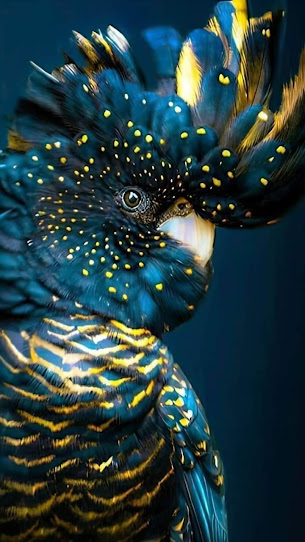 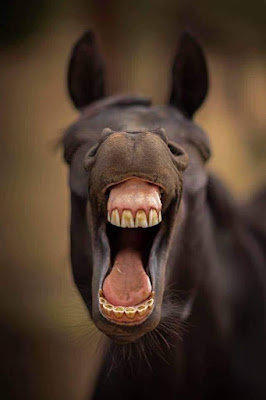 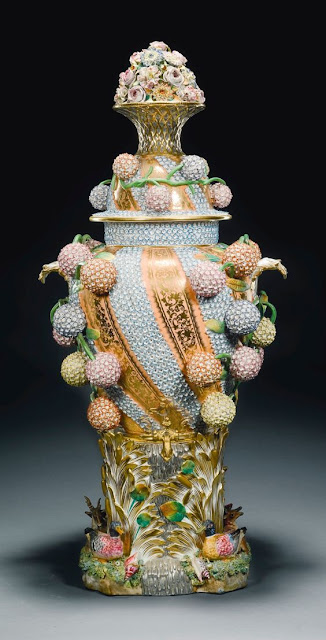 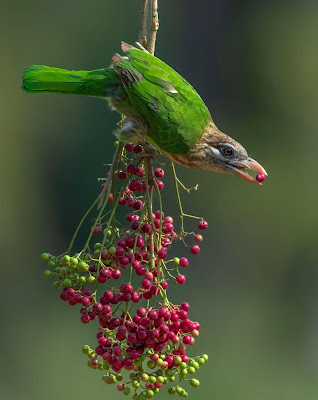 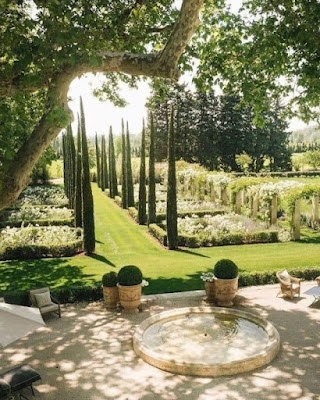 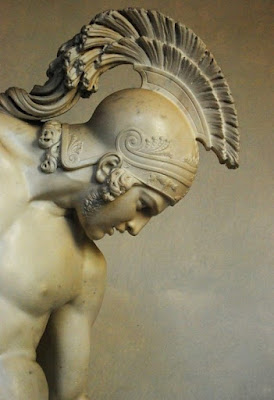 Posted by Chris Tyrell Loranger at 10:32 AM