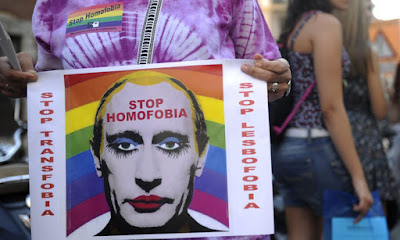 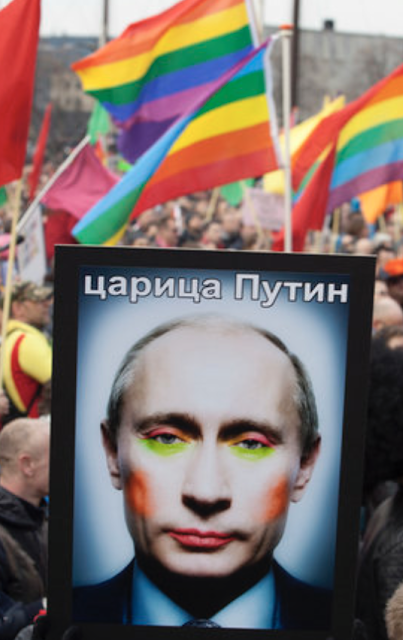 Russia has added a digitally altered image of President Vladimir Putin in heavy makeup to its list of banned extremist materials, saying the picture suggests Putin is gay. The Russian Ministry of Justice last week added the photo to its index of extremist materials ― a list that now includes more than  4,000 images that are illegal to share. The offending image is number 4,071, which the ministry describes a “man resembling the president” whose makeup “hints at the Russian president’s allegedly nonstandard sexual orientation.”
Posted by Chris Tyrell Loranger at 10:02 PM