The photograph is composed of 15 vertical frames taken consecutively over ten minutes by Peruvian photographer Jheison Huerta. It’s a shot of the Milky Way above the Salar de Uyuni salt flat in Bolivia in early April 2019 where, after it rains, the thin layer of water transforms the flat into the world’s largest mirror, some 80 miles across.
•
Yesterday was a write-off, but I’m back in the land of the living (and eating). I’m taking it easy today because I’ve got lingering issues. I reckon I ate something bad but I’ve no idea what; I had no temperature or headache. I was planning on going to Nanaimo today but I want to be close to my bed.
I’ll go on the dog walk this morning, and then to Patsy’s to chop some wood for her and to leave a gift from our friend, Beth. Then I’ll go home to nap. Could a life be duller?
•
The birds have successfully adapted to the relocation of the feeders. I get a spectacular view of them eating now that they’re directly in front of me. And are Fred and Ethel ever happy. They spend much  more time close to me now. They sit on the windowsill, scratch on the glass and kind of hiss with anticipation as they watch
•
Last night I watched a documentary about people living in the mountains of BC called This Mountain Life. Seventy-five percent of my Canadian province is mountainous. The imagery is often magnificent and the people featured (including a Nun who’s a former Olympic cross-country skier) are fascinating. It’s an original film produced by the Knowledge Network. (Link.)
Two of the people featured are a mother and daughter who walk the length of the Coastal mountain range, from Squamish to Skagway, Alaska, over a period of six months during one of the coldest winters on record. Read that sentence again! The mother was sixty  years old when she did it!
It’s awesome in every way, especially the narrative of the two women. I was struck by the gentleness and softness of their words as we watched them dealing with the challenge of the weather and terrain.
But it wasn’t just what they said; what I appreciated so much was what they didn’t say. They were never self-congratulatory; there was none of the macho bravado that men tend to provide with their adventure stories.
Another story involves three people who were caught in an avalanche. One of them is Todd and he winds up buried in almost five meters of snow for over 20 minutes. When they find him, he is blue. But he survives and he speaks about the experience in the film. If you are afraid of death, as I am, you may get (as I did) an incredible gift from what he says about being found.
•
I have never experienced life as I am now…and here. Several times a day, I get a little emotional rush of appreciation for this rural island life.
I have been through at least five homes designed by Frank Lloyd Wright. Each one is beautiful but I would never, ever,  want to live in one. For one thing, it would take years to clean the windows. But another things I don’t like is the compression with which you begin the experience of his homes.
The front doors are tiny and the entrances leading to them and from them into the foyer are so low that tall people have to duck, and so narrow that you have to walk single file from the approach to the foyer.
But then, when you arrive in the foyer, your spirit soars in response to the expanse of the space, the light from the many windows and the glory of the woodwork. And that’s exactly how I feel having moved to this large piece of land with three buildings after living in a 650 square foot condo. 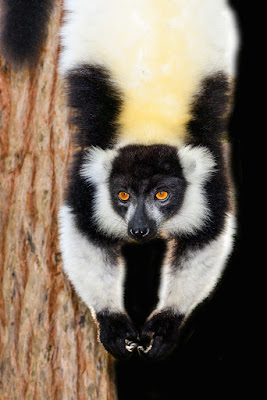 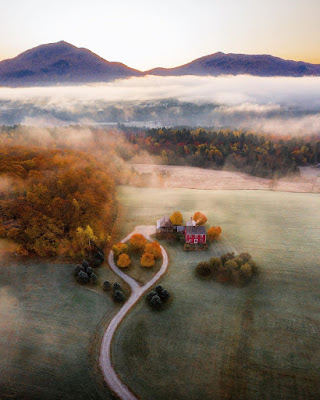 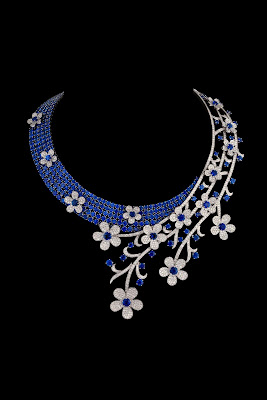 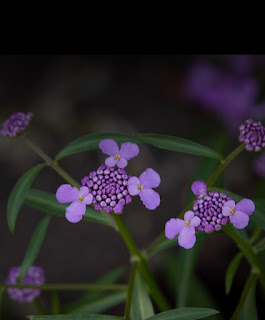 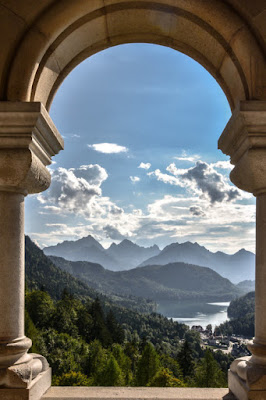 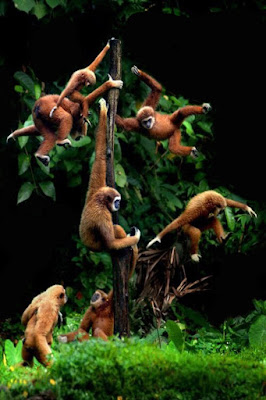 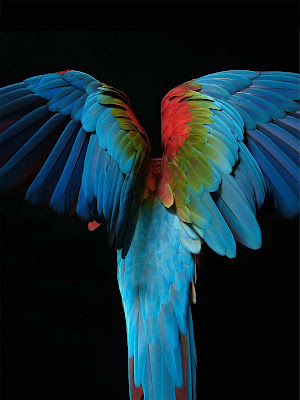 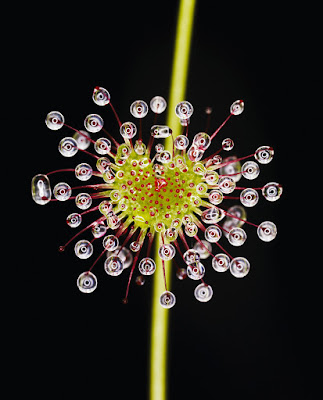 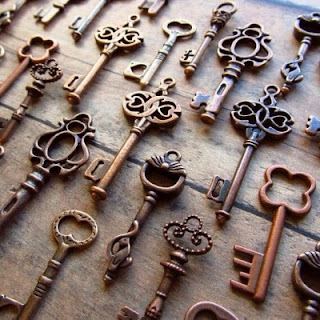 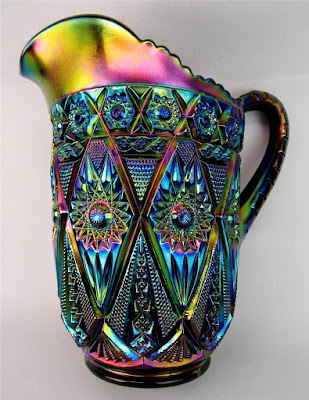 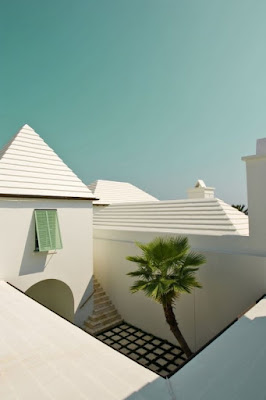 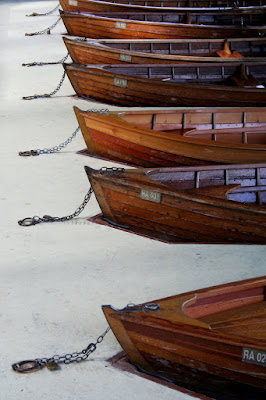 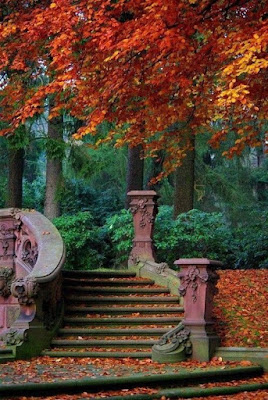 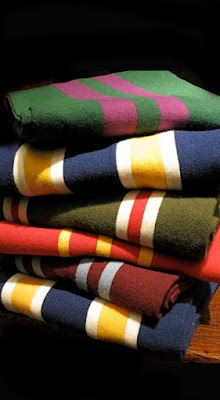 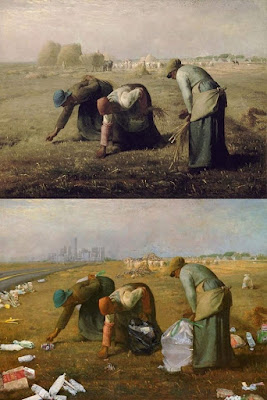 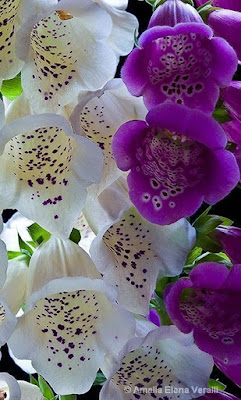 Posted by Chris Tyrell Loranger at 11:08 AM